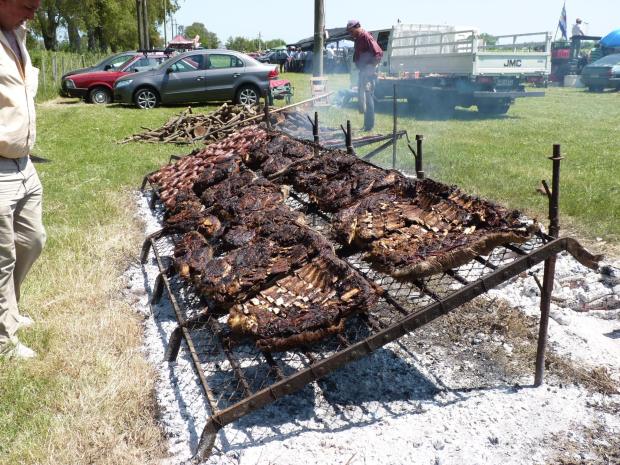 In the final stage of cooking the hair is against the fire.

There is no doubt that Uruguay is a country of beef-eaters with a consumption of 70 lbs per person per year. Beef is eaten in different ways but nothing matches the Asado con Cuero, a traditional gastronomic specialty of the region. 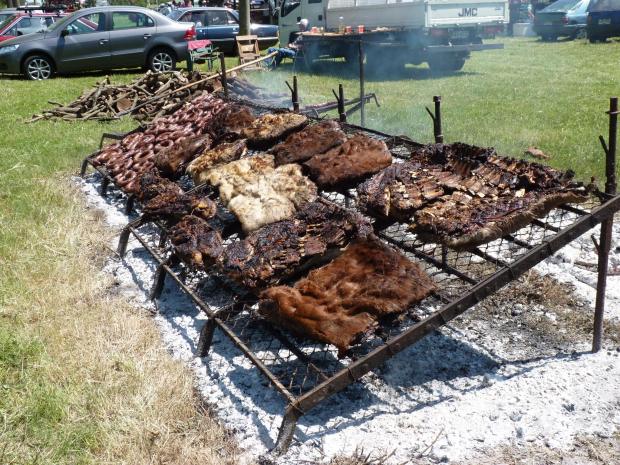 Some pieces are with the hair up or down according to how ready they are.

After its slaughter the animal is cut in large pieces and most large bones removed but not the hide (including the hair) and it is left to mature overnight. Very early in the morning (about 3 to 4 am) a large fire is prepared to get sufficient cinders to cook the meat. 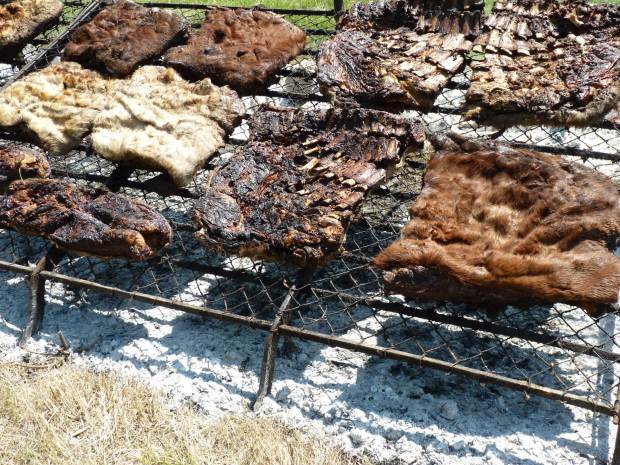 A close up of the barbecue.

Once the fire achieves the right temperature the beef chunks are placed on the cinders in large grids, with the hide facing upwards. In this way the juices and fat are kept by the hide and contribute to cook the meat that gets more tender and tasty in the process. After about 8-9 hours of very slow cooking the pieces can be turned with the hair against the fire to finish the process, depending on the cook. To cook the beef with this technique is highly regarded and even considered a culinary art!

A choice of sausages is also available…

The end result: first class beef on the hide.

Its origin is attributed to the indigenous people that inhabited this land long ago. They became not only great riders with the introduction of the horse but also took advantage of the newly arrived cattle. It seems that they used to cook the beef in this way as it enabled them to roll the meat up inside the hide and run away on horseback if discovered cooking a stolen animal.

* Spanish for Barbecue with hide.