The last night at the Fairview Hotel was a good one and I enjoyed my breakfast in the garden, where I noticed that birdlife in Nairobi was prolific and that there were not only several bird species but there were also large numbers of them! I did not know their names yet, apart from the ubiquitous sparrows that I knew from Uruguay. I was amazed to see birds so tame, in particular a kind of iridescent blue ones with cinnamon chests[2] that would come to my breakfast table expecting something from me! “Cheeky ones”, I thought. 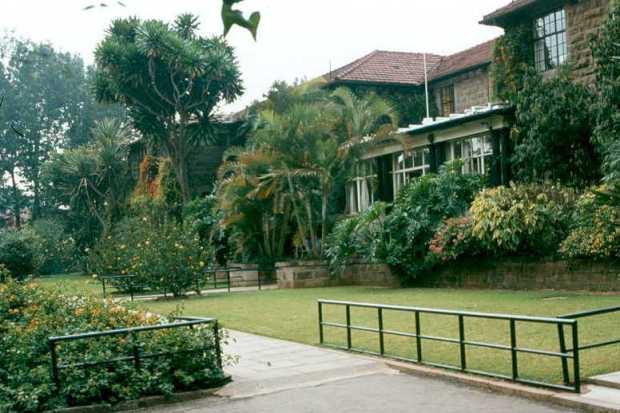 It was light by 06:00 hours and dark by 19:00 hours so, unless you covered your ears, it was impossible not to be woken up by the early loud bird chorus. As it is customary, a cup of early morning tea is brought to your room and I had asked for mine for 06:30 hs, had showered and packed my bags before I went down for breakfast to be ready for Matt’s arrival. 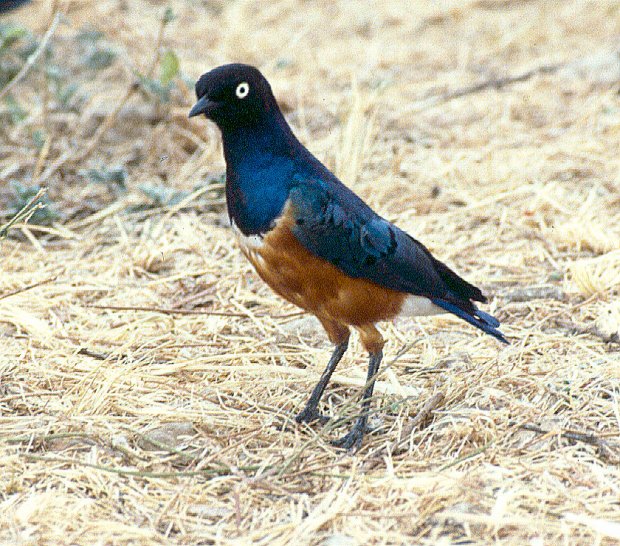 The hotel was good and, thankfully, economical as I did not get any perdiem as a FAO Fellow and my stipend was rather modest. I needed to watch my expenses all the time. Clearly aware of my modest income Matt had booked me at a Government’s Hostel in Muguga, known as Muguga House until more permanent accommodation could be found. Muguga was then about 30-40 minutes drive North of Nairobi, in the direction of the Uganda border.

Packing Matt’s car -a smallish Honda Civic- was trickier than expected. One of my bags filled the boot so I went straight for the back seat, only to be warned by Matt “Wait, this is my portable Office archive” I looked up and only then noted that the back seat and floor were covered with papers and publications. “I need to be in several places so I carry the work with me” said Matt while piling papers on the floor in no particular order!, until my bag fit.

We drove straight to the hostel at Muguga. The place consisted of a central building where the administration and common facilities such as dining room and bar were located and a number of two- and three-room cottages with toilet and bath, scattered throughout ample wooded grounds. Matt had already booked me a cottage so my settling in was smooth. I noticed that several cottages were occupied and wondered who my neighbours would be but I left this for later. I adverted the Manageress of the arrival of my wife in about one month and arranged to pay monthly. I also deposited some advanced money for the use of the bar and I was settled.

Our bungalow at Muguga House.

We did not find any of our prospective collaborators as most were on leave and others outside the Institute so Matt decided that lunch would be at ILRAD’s restaurant, so we drove back to Kabete, about half way between Muguga and Nairobi. While KARI impressed me as a formerly beautiful place built by colonial Britain and getting slowly worn down by lack of funding and maintenance since Kenya’s independence, ILRAD belonged to another planet! It was a modern and beautifully set campus with manicured lawns and all possible facilities to perform research on livestock diseases. To me it looked like a grand place tailored for high-powered research with several state of the art laboratories and all the necessary equipment that scientific research would need. All of this was nestled in a lovely hilly area where the central manicured lawns and woods were surrounded by grasslands where lovely zebu cattle grazed. “Julio, welcome to ILRAD” said Matt while finding a place to park among the abundant 4WDs and other expensive cars. I could not believe my eyes!

While walking towards the canteen Matt explained that ILRAD was created in 197… to solve two problems Trypanosomosis and Theileriosis. “A difficult job” said Matt and added “I know lots of people here and we will meet a few over lunch”. The restaurant followed the style of a university campus restaurant and it was very busy. The diners were of mixed race and different nationalities. I was amazed, as Ross seemed to know everybody. He walked straight to a large table at a corner and introduced me to the Director General and his Argentinian born wife. I also met many other people that day. The place was a hive of activity and the closest resemblance to a place I had been was the University of East Anglia in the UK while I learnt English prior to my MSc studies in North Wales. It was both stimulating and rather intimidating but, above all, totally unexpected!

After lunch we toured the laboratories and talked to even more researchers about what they were doing until Matt decided that we had done enough and it was time to leave. He invited me to pass by his house in Tigoni, North of Nairobi, for a cup of tea. Matt’s invitations were more decisions than invitations so I was not given a chance to refuse, despite being rather tired by then!

It was a worthy visit as another huge surprise awaited me. His house was a lovely British-style house with a tiled roof and stonewalls, located in beautiful woodlands. A stream ran through the large grounds and this was the source of water for the trout ponds being developed. I could see at least three from the house.

Although she was not informed of our visit[3] his wife gracefully invited us for tea and cake in the lovely garden. Afterwards Matt gave me a guided tour of the trout dams with two of his three young sons. The third one was busy becoming a plane pilot in Nairobi Wilson Airport. It was an impressive development as three dams were being built and there was a lot of activity. Clearly Matt was serious about his trout! Afterwards it was his wife’s turn to show me their flock of African Gray parrots. About eight young parrots were kept in a large enclosure. They were young fledglings when seized as part of an illegal shipment at Jomo Kenyatta Airport. “They were in bad condition when we got them but we were lucky to get them all back to good health” said his wife, proud of her achievement. She also informed me that once fully grown they would be returned to the Kenya Society for the Protection of Animals for distribution.

Matt somehow interrupted the “parrot tour” to bring me back to his verandah as he wished to show me something. I followed him until he stopped facing the dams. “Julio, this has been my dream since I left Scotland” he said and then added “I will catch them from here when I retire and cannot walk anymore” he said, mimicking the fly rod movement from his verandah and laughing heartedly. It was clear that Matt and family enjoyed a very good standard of living that, in my ignorance, I did not expect to find in Africa!

The more I listened to Matt the more I gathered that he was a man with many dreams and ideas both private and professional. While the trout dams being built belonged to the former, the achievement of an immunization method against ECF was clearly part of a realized professional dream. A more recent one was the development of the vaccine against ticks and he talked about it as if it was something really achievable. However, it was clear that his veterinarian’s heart was with ECF work while the tick work -mine included- was more of a necessity for him, despite his infectious enthusiasm.

I continued listening to Matt for the rest of the day and it helped me to get an initial understanding of the persona as well as the worker. It was clear that as someone who got to the top of his working area, he had made himself a few enemies, both black and white. Realizing that I would have to share them I listened carefully. As most people in Kenya at the time, he had a rather colonial view of racial relations! I learnt that he had a long-term rivalry with a Senior Government veterinarian as well as with other British colleagues. He had a clear dislike for one and described his face as looking like “a weasel peering out of a bear’s ass”. I did not really understand what that meant until later!

We drove back to Muguga at the end of the day, still talking and making future plans. We agreed to meet again in a couple of days to carry out a few protocol visits: Government, FAO and ICIPE to start with.

I got back just in time for dinner and to get to know some of my future housemates. There were several Kenyans from up country, Ugandans and the ubiquitous British. I shared the table with some of them. Food was simple (some roasted, boiled or curried meat with rice and occasionally salads), soon to get boring, particularly the boiled cape gooseberries and custard dessert that I eventually learnt would be a lunch and dinner ending feature forever!

More interesting was the after dinner conversation held in the main hall. Most of the guests were long-term and worked in different institutions at KARI. There were mainly agronomists, biologists, foresters and veterinarians and the topics of conversation were Kenyan politics, sports and comments about life in Muguga House. It was entertaining and interesting as well as informative and some of the friends I made there remain friends to this very day!

[2] Later I identified them as Superb Starlings, a common bird in East Africa.