It was a rather short visit to attend our son’s graduation with a MEng in Chemical Engineering with Environmental Engineering at the University of Edinburgh as mentioned in the earlier post. Despite my severe reservations on the weather, Edinburgh is actually a nice city, dominated by its central feature: the Edinburgh Castle. We were fortunate to rent a flat very close to it that offered great diurnal and nocturnal views of the impressive building.

Our flat building at Grassmarket.

The main event of the visit (for the rest of the family anyway), the graduation, was enjoyable for proud parents and attending friends. Once the celebrations and all university-related matters (packing personal effects, returning accommodation to University and tying of other lose ends) were concluded, it was time for the family to do some sightseeing and shopping in Edinburgh itself.

The Bushsnob however had different plans. The main reason for my visit to Scotland was not actually my son’s graduation but rather the prospect of searching for two of the world’s most famous mythical creatures: the haggis and Nessie. Unfortunately, due to a combination of economic constraints and a lack of kilts in the Bushsnob’s size, it was not possible to mount a proper expedition to search for both these creatures. As a result some compromises had to be made…

For the haggis, against my will, I had to settle for tasting it rather than finding it. This took place in a local pub and, frankly, it failed to impress!

For Nessie, a trip to Loch Ness in a rented car appeared to be our best option as at the time we began organizing the expedition the only day available for the activity was in fact the next day! Predictably, we failed to rent a car because although both proposed drivers, my son and I, had valid driving licenses, the latter was considered too old and the former too young! This issue with age resulted in substantially higher rental costs that we (read my family) could not justify.

This was a severe blow to the expedition’s hopes and it seemed that our only -very slim- chance was to try and find an organized tour to the Loch at the last minute. Despite our skepticism –which was shared by the agent attempting to find us a tour- we found four places in one leaving early the following morning! We booked our places and the expedition was back on! I was very excited as I thought I was sure to catch a glimpse of Nessie, given my usual luck with rare animals…

The trip took us through the evergreen and rather wet Scottish highlands although we were lucky that it only rained while in the bus! “A good omen”, I thought hoping that the good luck would last until the end of the tour.

The Highlands on the way to Loch Ness.

After about six hours of travelling which included stopping at various landmarks (i.e. distractions) we arrived at our destination: Loch Ness. Lunch was waiting for us there in the shape of various types of sandwiches and pies ordered in advance by our entertaining and knowledgeable driver.

Openly displaying my anxiety I was on my feet before the bus had even stopped and even forgot my lunch as I hurriedly walked towards the lakeshore. I expected a cold and uninhabited place where, with enough attention, Nessie could be spotted hiding in plain sight. What I was met with however was totally unexpected: there was a town with several petrol stations and souvenir shops and the lake was nowhere to be seen! That is unless it was the pathetic narrow cove with several yachts and sailing boats moored in it that we had driven over with the bus? It was. I decided that lunch was a good idea after all, my deep disappointment clear for all to see. 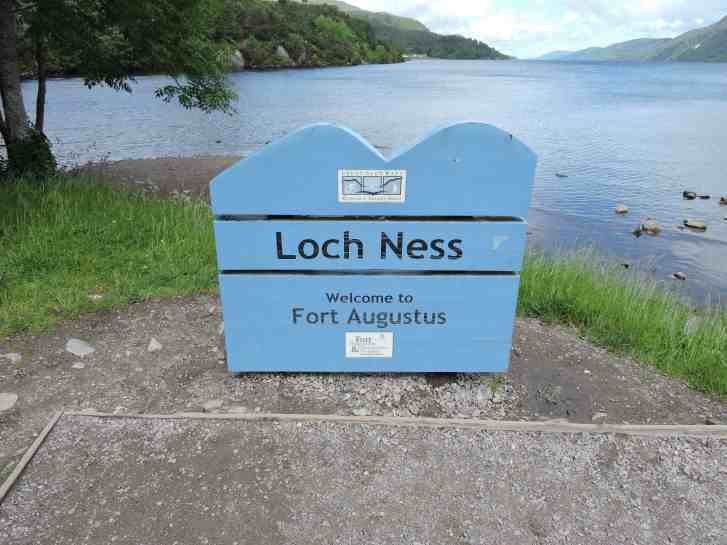 First view of Loch Ness. Not what I expected! 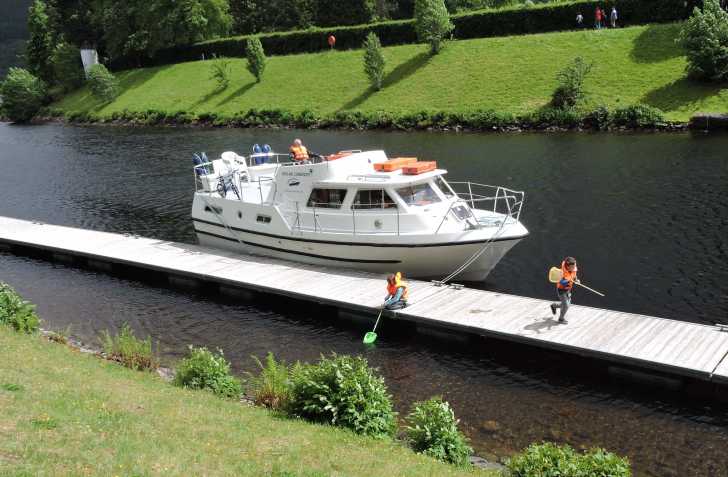 Loch Ness. People oblivious to the monster lurking in its depths!

Luckily over lunch my thoughts readjusted to reality and gradually my enthusiasm grew again. I fantasized that Nessie might enjoy a visit to the cove to have a look at human development. Surely I would be able to catch of glimpse of it then? I decided to give it a go despite the odds and walked a couple of hundred meters deeper into the cove carefully watching the water’s surface. I saw nothing apart from a few American ladies taking a dip in the loch that not even I could pretend looked like “Nessies”… 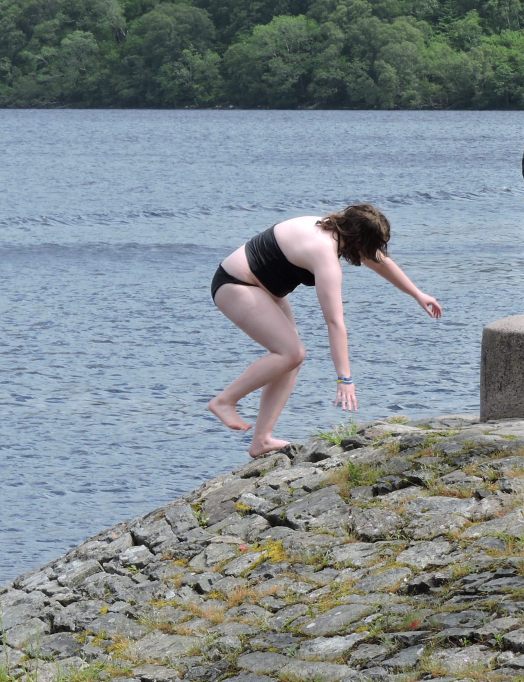 Just as I was about to give up on Nessie for a second time, I turned a corner and I saw her! She showed briefly above the waves created by one of the sightseeing launches that were ferrying tourists around the loch. The tourists on board were of course too busy having lunch and completely missed the mythical beast in the wake of their boat. Luckily, however, the Bushsnob had his camera handy and was able to take-two rather poor quality-pictures that will no doubt be enough for all of you, given my general trustworthiness and reputability.

The sharp confirmation that Nessie exists.

In addition, I also present to you Nessie’s passport photograph as a reference for you if you ever visit Loch Ness and do not have the Bushsnob’s luck!