This post was meant to be part of the previous “Up the patience ladder”. However, in my literary incapacity, I failed to link the two in a convincing way. However, I think that the issue of the present post is worth it as my attempt at expanding it enabled me to learn more about Nature and I wish to share it with you!

I am not sure that all of you know about the Monkey-ladder, a vine called Entada gigas, found in Central America, the Caribbean, northern South America, and Africa. 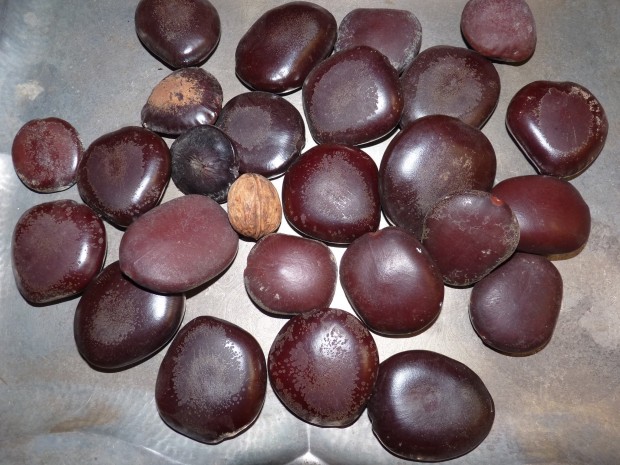 A bunch of seeds of the Sea heart, Entada gigas with a wallnut as a comparison.

We first came across its seeds in the Kenya coast where, in the eighties, we collected a couple of these rather interesting kernels among a few stones. They remained stacked away while we stayed in Kenya and Ethiopia, only to resurface in Zambia, after the birth of our daughter. It was a frightening re-discovery.

Somehow our daughter, a toddler at the time, unearthened one of the pods and placed it in her mouth! We thought that her choking was certain but, somehow, we persuaded her -to our relief- to give it back to us. At that time we realized that its size was such that it was impossible either to choke with it or to swallow it! The seeds range in size but they are normally about six centimetres in diameter and about two centimetres thick, far larger than my own throat! So the seed was forgotten and became the favourite teething aid for both of our children! If the seeds are impressive, the pods are even more as they are truly humongous, reaching up to two metres long and twelve centimetres across! 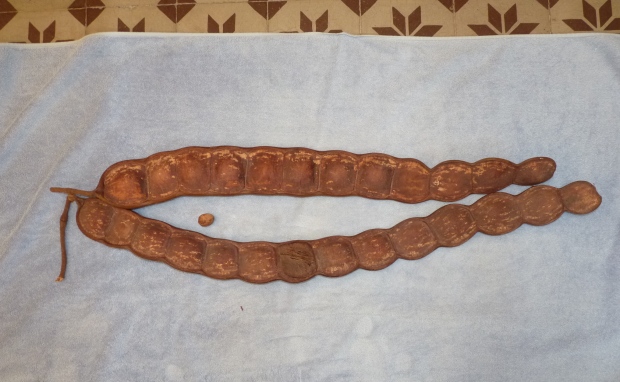 The pods are large. Please note that each floor tile is 25cm long. The wallnut also serves as a comparison.

Once out of the pods, the seeds that reach the water are able to float as they have an air bubble inside. They eventually find their way to the oceans and are able to drift very long distance on ocean currents turning up in far off places where they can germinate even when they are two years old!

Our “teething aids” were forgotten and lost again after our children grew up and they would have joined other facts and objects in the recesses of our minds (and house!) if we would not have re-found them again in the beaches of the Maputo Special Reserve, Mozambique, in 2011. There were many and came in different sizes and shapes. Of course, we duly collected a few more! Subsequently we found the actual vine in Maputo and were able to appreciate the pods in situ. Do I need to add that we also collected a couple of pods too? 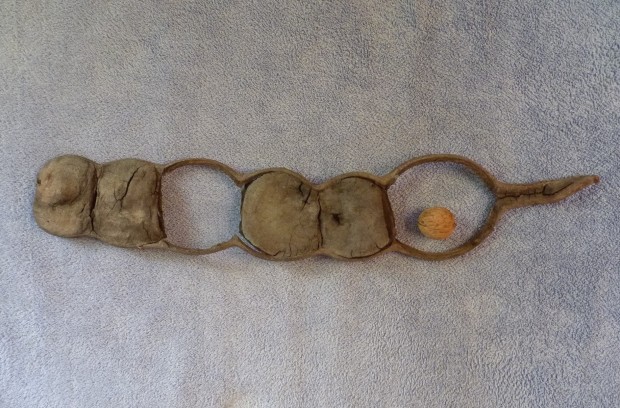 A segment of the pod once it released the seeds that I -before this post- thought gave the name to the plant as they looked like a ladder.

Now we come to the new part of the story. I thought that the name Monkey ladder came from the look of the pods once they release the seeds. However, when looking for an explanation of the name I found another vine known as Monkey ladder! This is Bauhinia guianensis a different plant named in such a way as its flat trunk resembles a true ladder going up to the trees above.

Having found the “true” Monkey ladder, I haste to add that this post has now the wrong title! Entaba gigas should really be known by its other names of Sea bean, Cœur de la Mer or Sea Heart. I prefer the latter as some of the seeds (about fiver per cent) are heart-shaped. In addition, it gives a dreamy touch to the name! 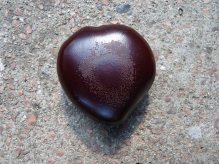 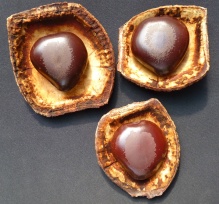 https://books.google.co.zw/books?id=8FqmWCAwdsIC&pg=PT602&lpg=PT602&dq=Bauhinia+guianensis+vs+entada+gigas&source=bl&ots=kKUrYFusQG&sig=edrUmPk7P_-RU12paLhUj8kECL0&hl=en&sa=X&ved=0ahUKEwiukqbAyOPKAhUE7B4KHYf4CL8Q6AEIGjAA#v=onepage&q=Bauhinia%20guianensis%20vs%20entada%20gigas&f=false (Please note that you need to scroll down the pages of this book to find the two vines together).