Grasshoppers and/or locusts -I cannot tell them apart- are also plentiful in our farm and surrounding area. Dazzled with more colourful critters we tend to overlook them as they normally jump off and they are gone into the grass, quite far away from the observer to enable it to re-discover them. In addition, they immediately seek further shelter under the leaves.

Being attractive creatures I present you with a couple of pictures as an introduction to the subject that let’s me tell you about one particular grasshopper I “discovered” yesterday.

I was in one of my insect-watching sorties, focusing on moths the morning after to take a few pictures for my “collection” when a greenish flying insect caught my eye. Luckily I saw it landing and went for a look. Its flight took it to a pine tree trunk, covered with lichen and moss. I spent a few minutes searching the landing spot and I only detected the insect as it shifted its position slightly and moved some lichen that caught my eye.

When I focused on the movement I realized that the lichen had not moved but it was in fact the creature shifting position! It is the most perfect example of camouflage I have seen so far (well, perhaps of green camouflage…) and I prefer to show it rather than trying to explain how it looked. It was about 3-4 cm long 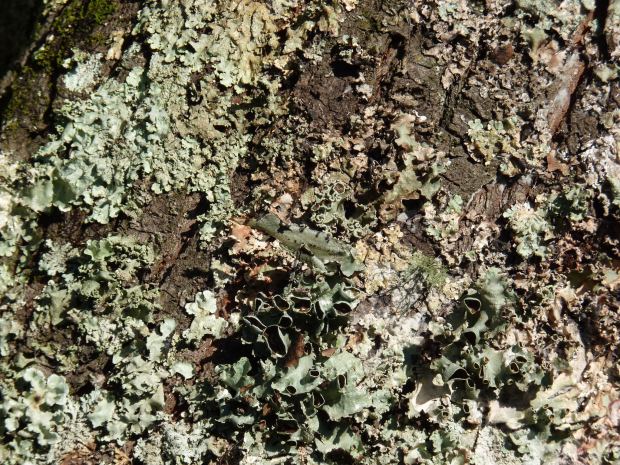 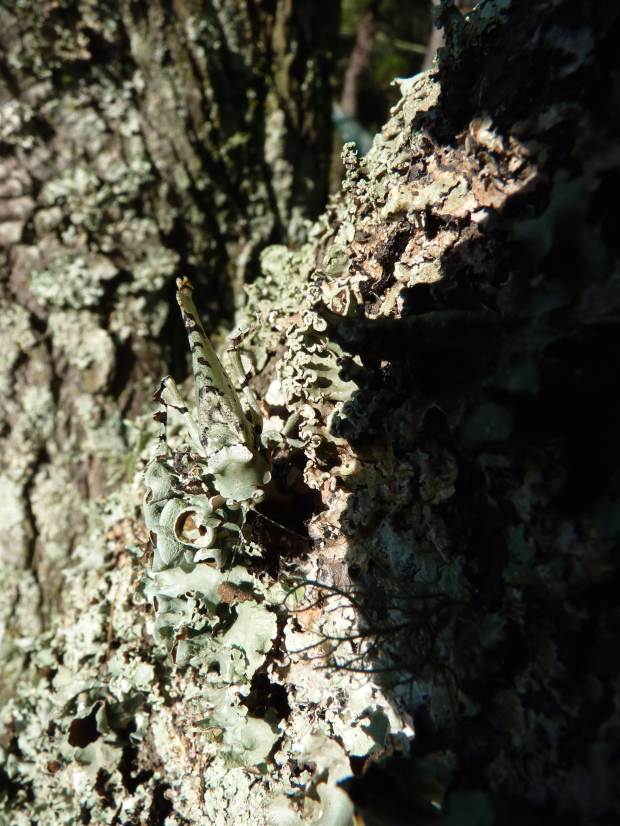 A series of pictures showing the very well camouflaged “hopper”. I could not believe how well its head mimics some of the “leaves” from the lichen around it!

NB: I found a younger brother that I managed to keep until I can get some more pictures of it to show you!