It was driving from the Kalahari Tented Camp on the Auob River bed that we found a cheetah and her four cubs resting under the shade of a tree a long way off, at the edge of the dunes. An impossible find except for a detail: my wife was with me this time and she spotted them! As we had not had a good sighting of cheetah for quite a while, we stayed with them waiting for some action. 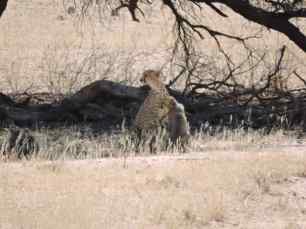 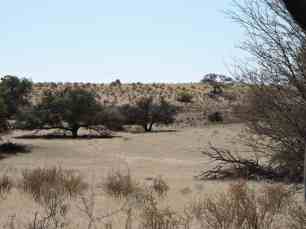 We watched them as they moved from the dunes to the actual dry riverbed, the mother always watchful while the cubs were engaged in a never-ending game of chasing and grabbing each other, already graceful and enjoyable to watch. 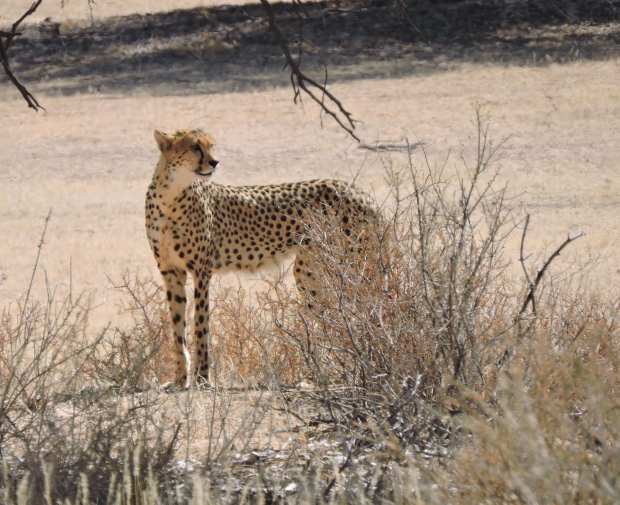 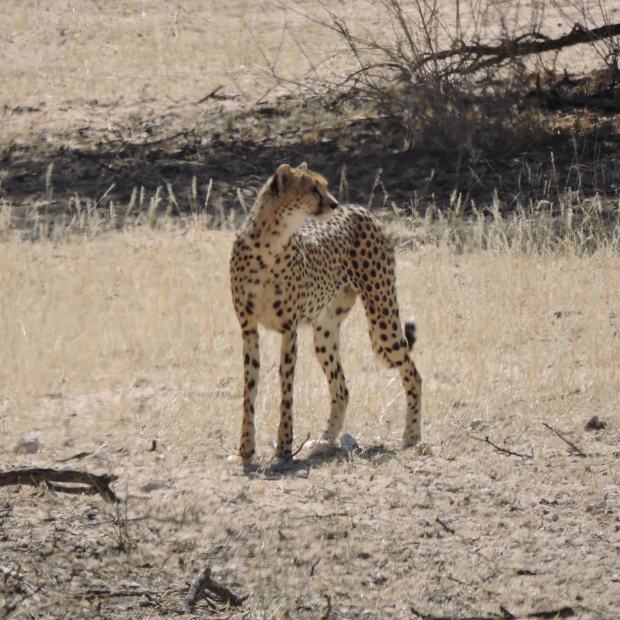 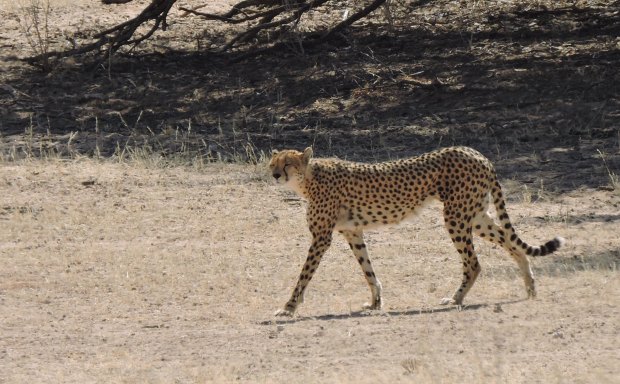 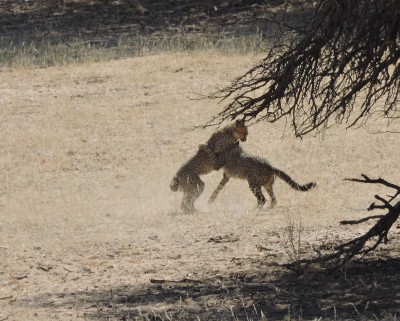 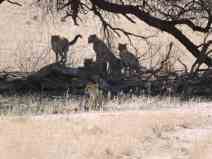 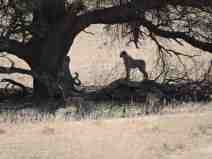 After a while, they got under a large tree and they decided to have a rest. Well the mother rested while the youngsters continued with their shenanigans. It was getting rather hot.

When we were considering a return to the coolness of our bungalow we saw, at about one hundred metres downriver a herd of about fifty springbok. They were slowly walking towards one of the waterholes located perhaps two hundred metres up river. We realized that they would need to walk in front of the cheetah so we abandoned our parting idea. 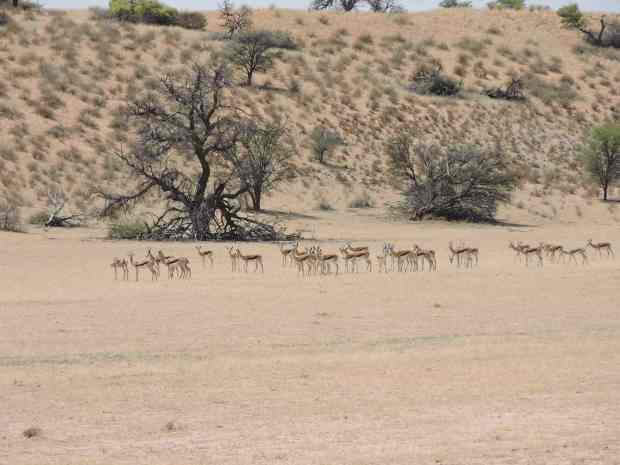 By the time we looked back to the cats, the mother had already spotted the gazelle and she was already alert while the cubs were flat on the ground. Obviously, their playing had been suspended by mom’s orders! 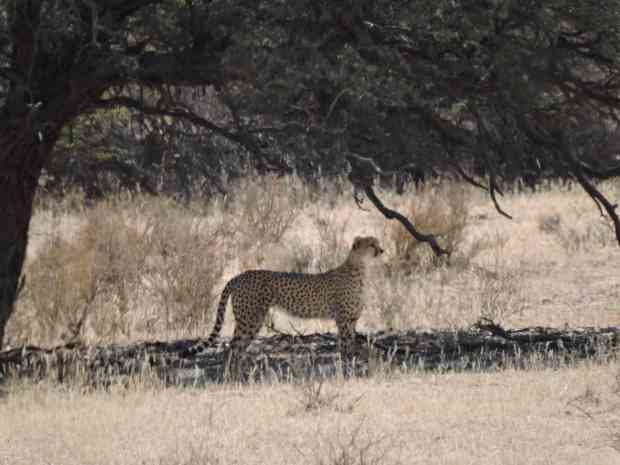 As the springbok got closer we saw the female cheetah crouch and her muscles tense so we knew that an attack was being prepared. The cubs were still invisible! “When is she going to go for them?” I thought while I readied the camera but, most importantly, my eyes to watch what was about to take place.

The springbok were still about fifty metres from the cheetah but, at that point, she started running towards the herd scattering gazelles in all directions. Although she did a beautiful sprint through open ground in front of us, she failed. After a while she walked back towards her waiting cubs that broke their cover to greet her, even when she was “empty-jawed”. I thought that the cheetah charged way too early but, who am I to judge a cheetah charge? 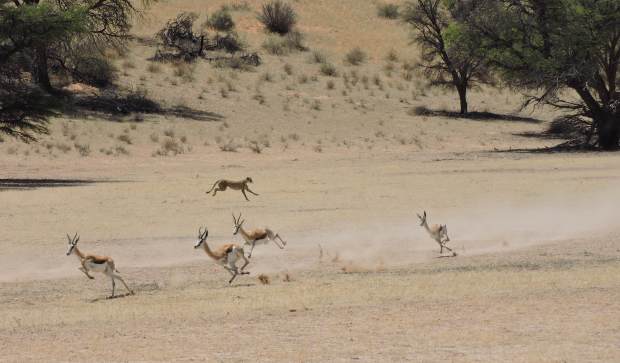 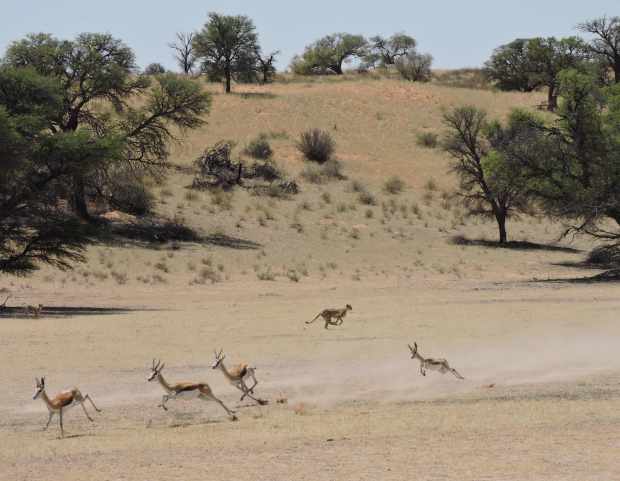 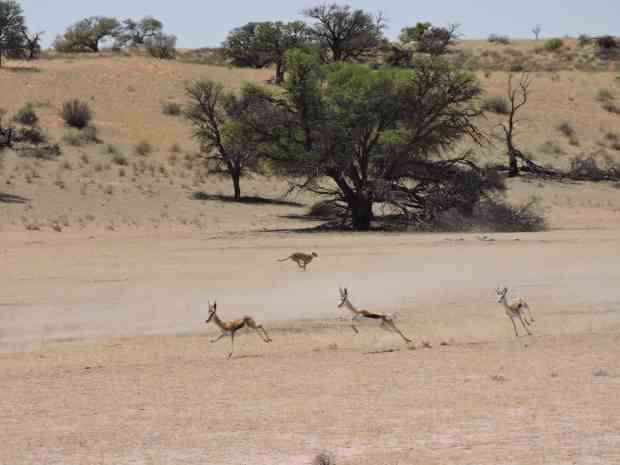 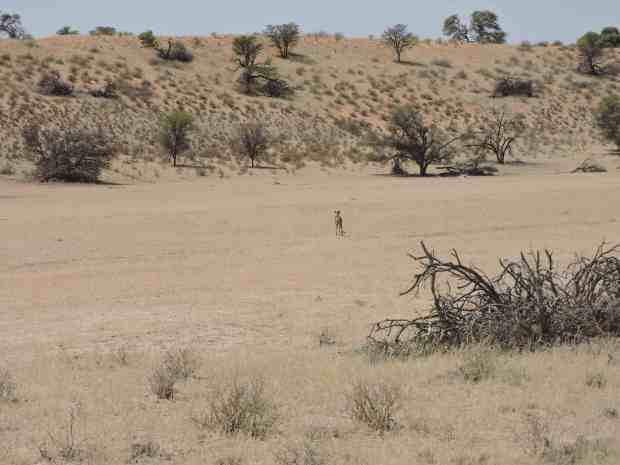 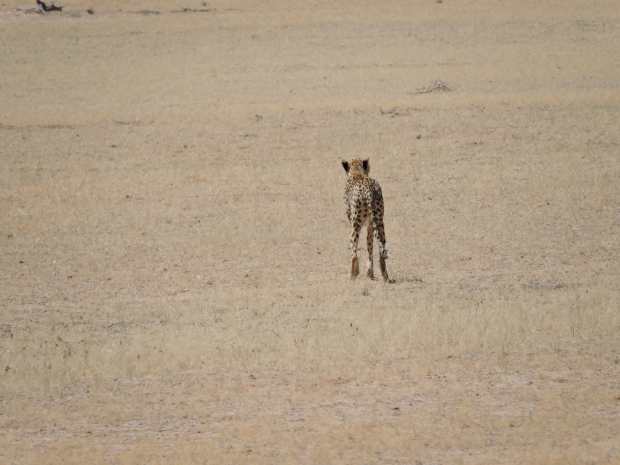 After the dust settled, we saw that the cheetah had split the herd. The lucky ones could continue their disturbed journey towards the water. The unlucky that stayed on the other side stopped for a while and then, reluctantly turned around and slowly retraced their steps. They will need to wait until the cheetah moved off to resume their quest.

The five cheetahs returned to the shade and they were still there when we finally left them after a few fine hours of fine wildlife watching. The following morning, while driving to our next camp, we saw them again, not far off, their black and slender silhouettes against the early morning sky. 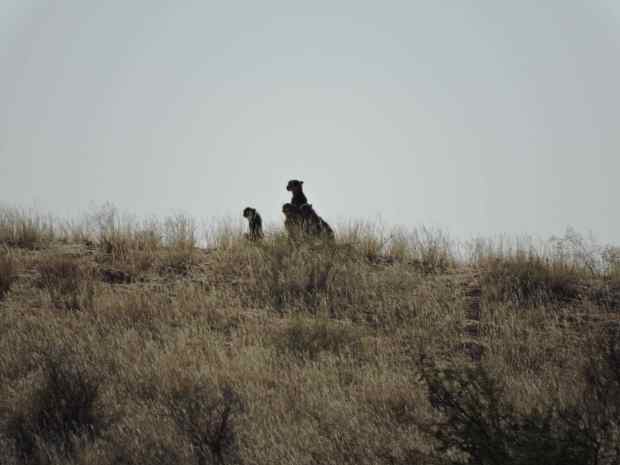