On the way back from our macaw walk [1] Oscar mentioned that there was an old truck parked nearby. Curious we agreed to get there and -as usual- do a bit of “controlled trespassing” to investigate.

The truck was still there and it still showed its original painting as well as its make: Ford Canada. 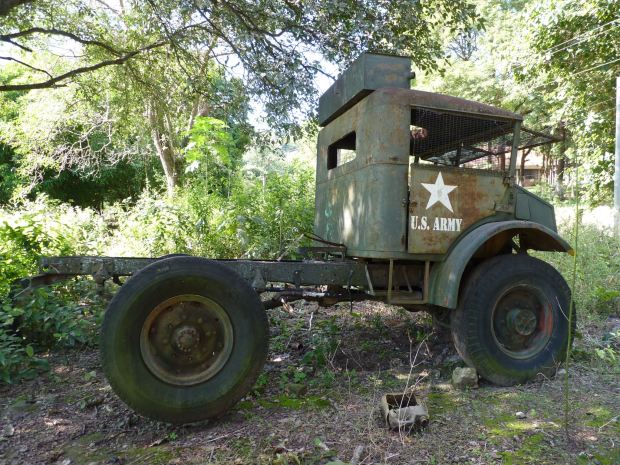 Although the truck showed the signs of time, it still was quite well preserved. Surprised, I took a few pictures and went to the Internet in search of answers. This is what I found mainly via Wikipedia [2].

I believe that it is a Canadian Military Pattern (CMP) truck. This truck was produced in large numbers and several types in Canada during World War II. Standard designs following British Army specifications for use by the armies of the British Empire and allies were prepared before the beginning of the war coincident with the rise to power in Germany of Hitler and the Nazi party in 1933.

By 1939, mass production in Canada of CMP military vehicles was on the way and the Canadian-built vehicles were to serve widely in the forces of other countries. At the outbreak of World War II, Canada’s large and modern automobile industry was shifted over to the production of military vehicles out-producing Germany. Truck production was focused on a broad range of medium-capacity vehicles.

Over 500,000 CMP trucks were manufactured in Canada. They were right-hand drive and they formed the basis of a wide variety of different truck types and armoured vehicles.

All the CMP cab designs had a short, “cab forward” configuration that gave them a typical boxer-nosed profile, a design required for a more efficient transport by ship. Internally the cab had to accommodate the comparatively large North American engines and it was generally cramped. 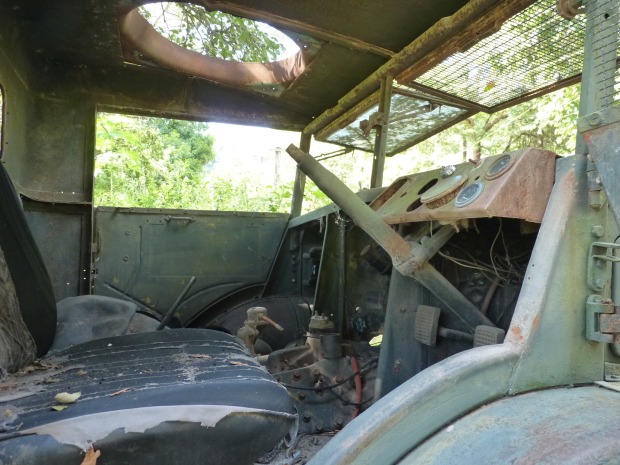 Newly manufactured, or as modified war surplus, CMP trucks were widely used after 1945 in several European armies and around the world, among them in Argentina. CMP trucks were adapted after the war for a variety of civilian roles including forestry, grain transport, fire-fighting trucks, and snow-ploughs.

Focusing on our find, while I wait for a response from the experts available in the web (if it ever comes!) I would classify our find as a Ford CMP truck of the cargo type as its back part was resting nearby.

Now, how did it get to Itiyuro?

Although the Argentine Army is listed among the world armies that got CMP trucks [2] they would have been re-painted with the proper livery and they would have had special Army number plates.

The answer to the origin of the truck relates to oil prospection work in the area [3].

Oil had been detected near Tartagal (Northern Salta) in the 17th Century although interest for its extraction only started in the mid 1920’s through the arrival in Salta of the Jersey Standard Oil Company (SOC), attracted by the area’s potential.

The SOC finally started to extract oil industrially from 1926 but soon slowed down its intervention as the Government YPF moved in. During 1938-9 extraction by SOC declined as the YPF’s increased and by the late 1940’s, in view of the poor production of its wells, the SOC withdrew from Salta.

It is possible that the truck is one of the few remnants in the Itiyuro area left by the SOC or one of its engineers that brought the truck as a war surplus. I am not sure that we will know but, anyway, it was an interesting find.