The incident I will narrate took place during our last year’s trip to the Mabuasehube area of the Kgalagadi Transfrontier Park in Botswana. As the observation was being published, I delayed its writing until this took place on 8 July 2018 [1]. For easy access I have also inserted the published document (Hornbill predation) as a PDF file under Pages in this blog.

Let me start by saying that if you find the Southern Yellow-billed Hornbills likeable, you may need to review your stand after you read this piece.

While at Camp No. 2 at Monamodi Pan in October 2017 we were startled by the dryness of the place. Birds from the surrounding area will immediately come to drink in any water that we had around the camp. Common visitors were Southern Grey-headed Sparrows (Passer diffusus) but Cape Sparrows (Passer melanurus), Violet-eared Waxbills (Uraeginthus granatinus) and Sociable Weavers (Philetairus socius) were present in large numbers.

There was a constant stream of birds drinking at the waterholes. 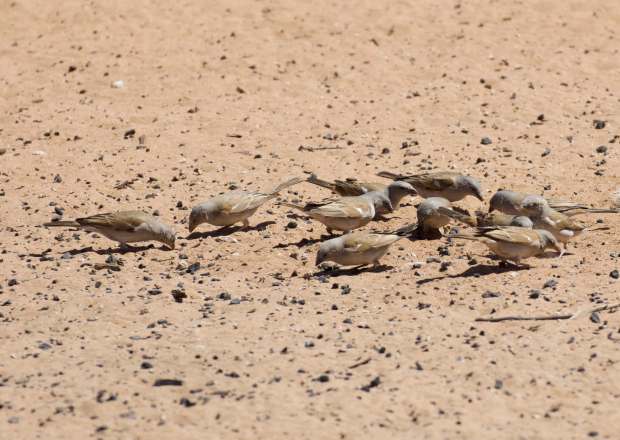 Birds looking for food and water around our camp.

In addition, a few Southern Yellow-billed Hornbills (Tockus leucomelas) were residents at the camp and were regularly seen on the ground.

At mid-morning during the second day of our stay some of the small birds suddenly flew off where they were foraging in a response usually observed when there detect danger such as an attack by a predator.

They all flew away but one! A Southern Yellow-billed Hornbill had caught one of the adult Southern Grey-headed Sparrow and it was in the process of killing it by violently shaking it and thrashing it against the ground. We were startled as we did not expect this to happen. 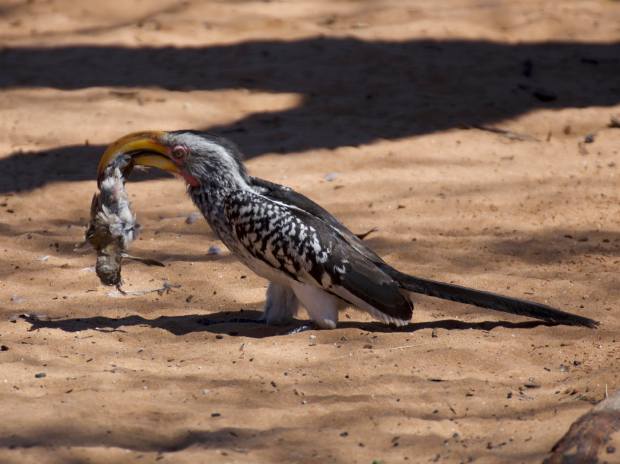 The sparrow died fast and the hornbill started removing its feathers and then it took its victim up a nearby tree where it continued defeathering it by vigorously hitting and rubbing the sparrow against the tree. Interestingly, there was no panic reaction or mobbing of the predator by the small birds that returned to the water only after a few minutes. 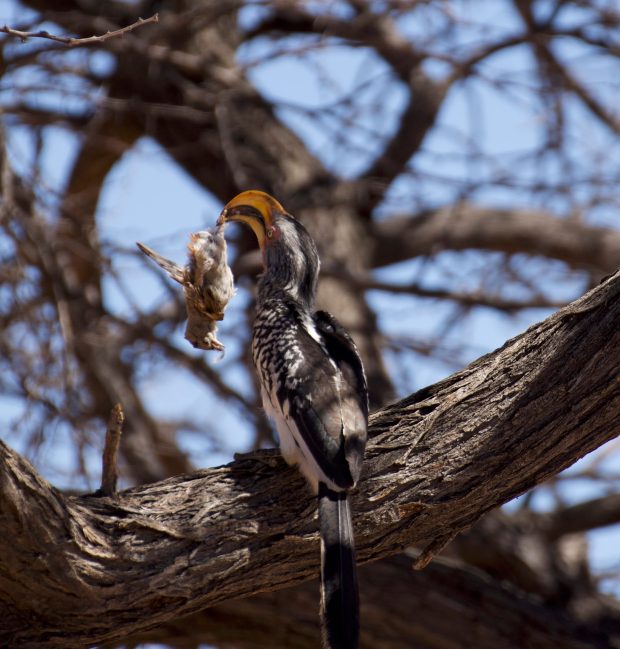 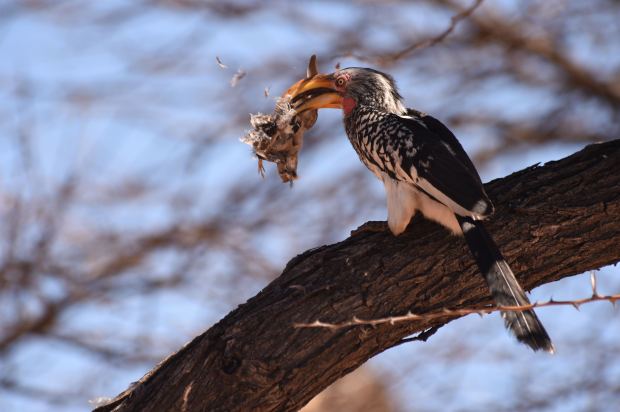 After about 30 minutes the hornbill decided that the victim was naked enough for it to be swallowed! 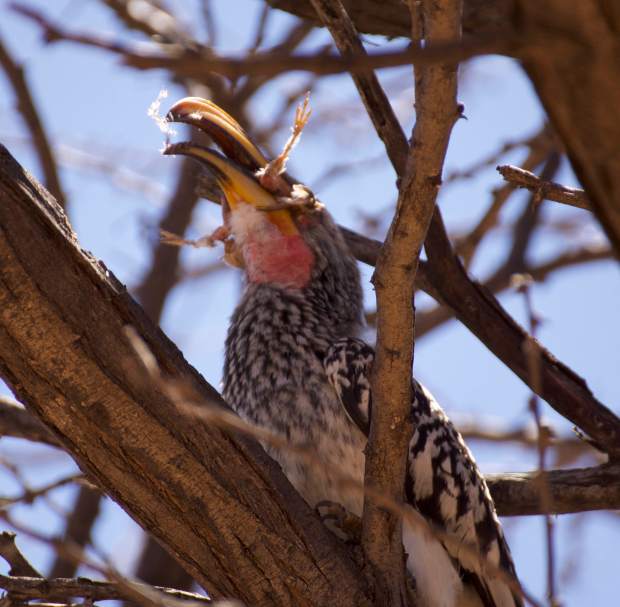 Although it was known that the Southern Yellow-billed Hornbill’s diet included “a wide range of invertebrates and small vertebrates” such as nestlings of Red-billed Quelea (Quelea quelea) the list does not mention predation on adult birds [2].

It is possible that the observed behaviour was incidental. However it seems realistic to expect that the hornbill was prepared to take advantage of the chaos created when large numbers of birds gather at waterholes or are distracted when foraging together to catch their prey unaware.

So, like with the observed carnivory in hippos [3] the present observation may not be nice but, again, it goes to show how nature works.

My thanks go to Biodiversity Observations for publishing this observation.