If you read this blog you are aware that I have never seen a pangolin in all the years I have been “bush-bashing”. Admittedly I have not actively searched for one but luck has had it that my path has not crossed a pangolin’s (see https://bushsnobinafrica.wordpress.com/2014/07/06/the-year-of-the-pangolin-2/).

My dream encounter nearly took place during our trip to Hippo Pools via the Umfurudzi Park, located about 130 km North of Harare. While paying the entry fees for the park, the ranger informed me that the Police had seized a pangolin at the border with Mozambique with a prize on its head of USD 5,000! The animal was brought to the park for releasing but he did not know when this would take place!

We drove directly to the park HQs hoping to get there before it was gone. To my disappointment, we arrived too late: it had been released the night before!

The pangolin. Picture by Mukululi Ndlovu.

Despite the setback our visit was very useful. It enabled us to have a look at the improvements taking place at the Umfurudzi Park. Initiated a few years ago, this is a joint venture between The Zimbabwe Parks and Wildlife Management Authority and the Pioneer Corporation Africa Ltd., a new idea for Zimbabwe with the purpose of the rehabilitation, conservation and sustainable operation of the Umfurudzi Park. In brief, very comfortable facilities are being built including safari tents, bungalows and a nice swimming pool and boma[1].

Parking area showing the woodland where the accommodation facilities are. 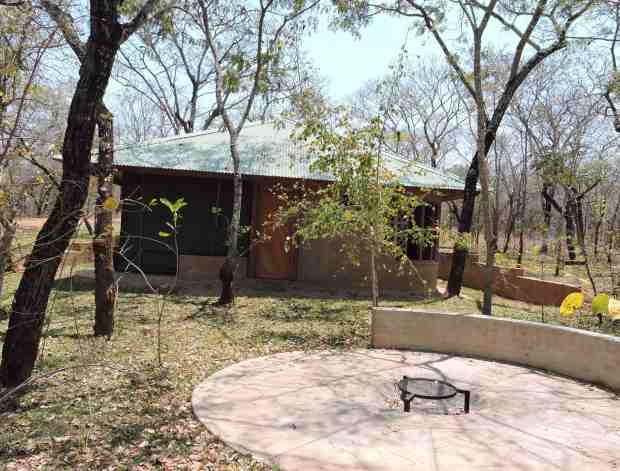 One of the comfortable bungalows.

The common facilities and swimming pool.

The park is also being re-stocked and animal numbers have increased during the last couple of years. According to the information contained in the park’s map, there are today approximately 13 elephant, 160+ buffalo, 300+ eland, 43 giraffe, 30+ tsessebe, 1 sable, 200+ wildebeest and zebra respectively as well as a good number of other smaller antelope.

While driving to the park’s HQs. we found a herd of about fifty buffalo looking relaxed and being “serviced” by red-billed oxpeckers. They are part of the buffalo population now resident in the park. We saw a few calves in the herd so it is clear that numbers will increase in future. 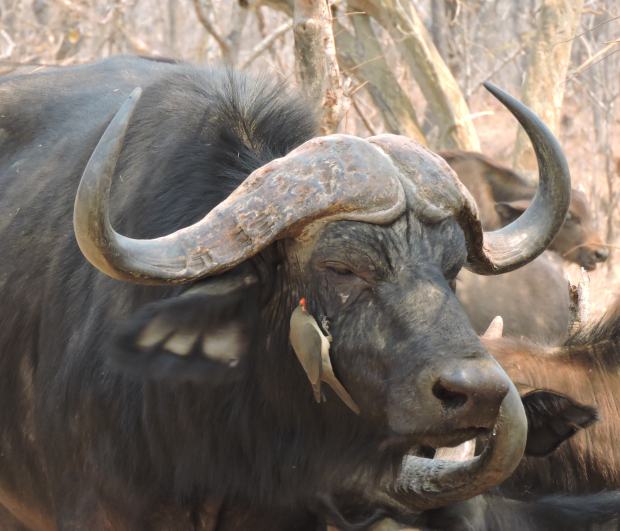 One of the calves.

The Umfurudzi park now presents me with an irresistible lure as five other pangolins have also been set free into the park, probably making it the park with the highest number of “known” pangolins!

I will return and find one.