As I mentioned in the earlier post Hwange National Park is going through a severe drought and some of the classical water points where wild animals usually drink are shrinking and drying up.

The hippos at Masuma (except a lone one that is there part-time) are gone, probably to Mandavu reservoir, a walk of about 18 km, not a great distance for a hippo. However, although it is unlikely that such large water body would dry up, grass availability remains the limitant and grazers such as hippos and buffaloes may be the ones to suffer most.

As for the elephants, they were congregating in large numbers at Masuma dam and Dom pan -the areas we saw-  and drinking 24/7 as it is now said. Nyamandhlovu and Masuma dams’ water levels were low and getting lower. Although usually most elephants prefer to drink from the water inlet to get the clean and fresh water, there was no room for everybody there and mostly the large individuals managed to hold their ground there. The majority were forced to drink the muddy water from other areas of the dams, a thing they would not do under normal circumstances.

Tempers were also hot and trumpeting and squealing day and night were heard. At one stage thee was some brawl that ended up with a loud crack when one of the elephants had a tusk embedded in its rump that cracked when the victim tried to move away! After a night of intense elephant traffic we found a dead young elephant near the water although we do not know how it died.

So, there was drama at the dams and pans but there was also great fun with the youngsters as usual and I just wish to show you a few pictures and videos of the action so that you can get an idea of what took place.

Videos and pictures were taken by my son Julio A., his girlfriend Patricia and myself.

The dust can be seen for several minutes before the thirsty animals arrive.

More arrival views. Some animals really run when they smell the water!

A youngster frolicking and drinking.

Not able to use its trunk yet a baby uses its mouth! 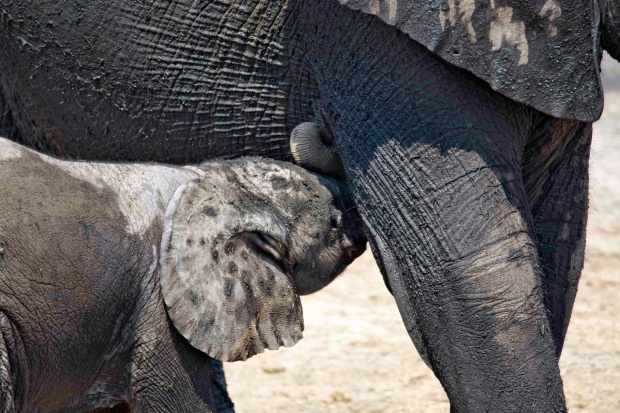 And then it gets the real treat from its mother! 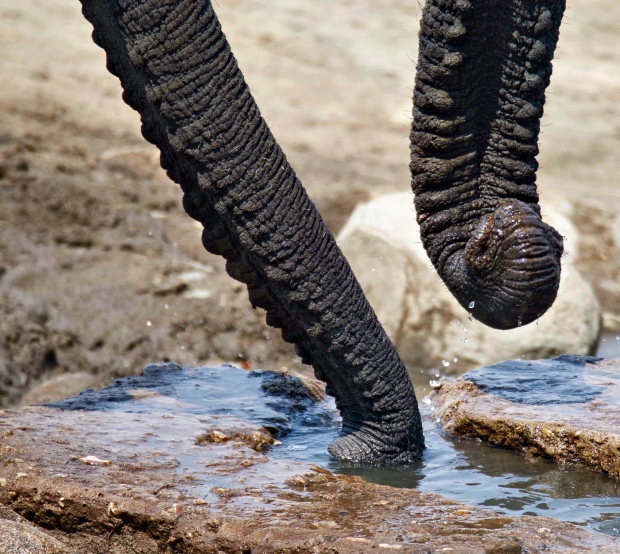 The amazing trunks in action.

Preparing the water for a mud bath! 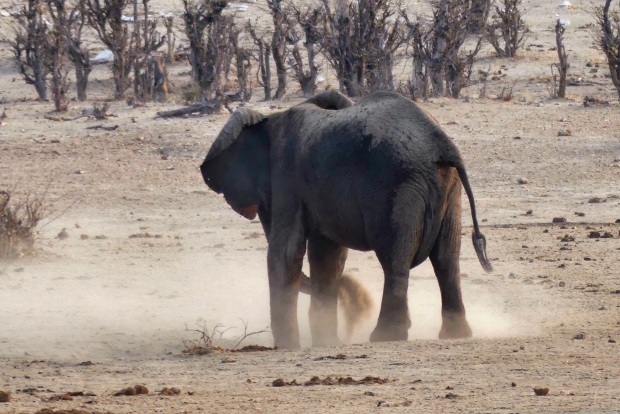 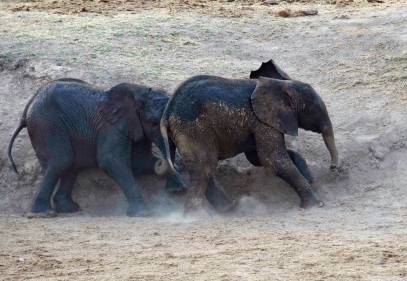 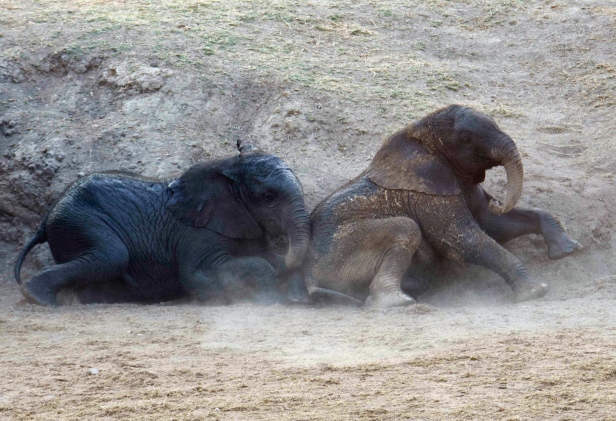 A tusk wound. The result of a hard push that broke the tusk of the aggressor.

Although pictures show some of the action, I also present you with a few videos to show you the atmosphere at the water holes.

Then my son did a time lapse one evening:

The next two videos were taken at Dom pan, near Hwange Main camp to show the elephant numbers present there at the time (September 2019).

I really enjoy the start of the video with the arrival of the first group and the noises of the elephants.