This year Masuma dam offered an amazing spectacle because of the very dry conditions that prevail in Hwange National Park at the moment. There was a continuous flow of animals coming to drink at the shrinking waterhole despite its constant water pumping that could not match evaporation and what hundreds of animals needed to drink.

As described in the previous post the elephants were the stars of the show but there were other visitors, not less interesting such as impala, giraffe, zebra, greater kudu, warthogs, baboons, jackals and some buffalo. Among the latter there was a male that looked in very poor condition that we predicted that it would not last too long and that ended up as a lion meal two days later. 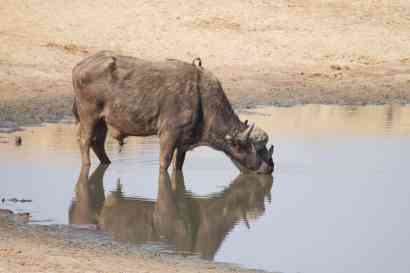 After watching the lions feeding on the buffalo we returned to Masuma to continue with our “comfortable” viewing from our camp as the water is very close to it. We were -as usual- focussing on the comings and goings of the elephants when we noted a large brown cloud rising far away, in the direction of Mandavu reservoir.

One afternoon we were enjoying game viewing from our platform at Masuma when we spotted dust in the horizon.

We thought that more elephant family groups were arriving but the dust turned into a large cloud and we realized that a large herd was indeed coming. But we were wrong, there were not elephants but a very large herd of buffalo! Hundreds and hundreds of them coming to drink at Masuma. 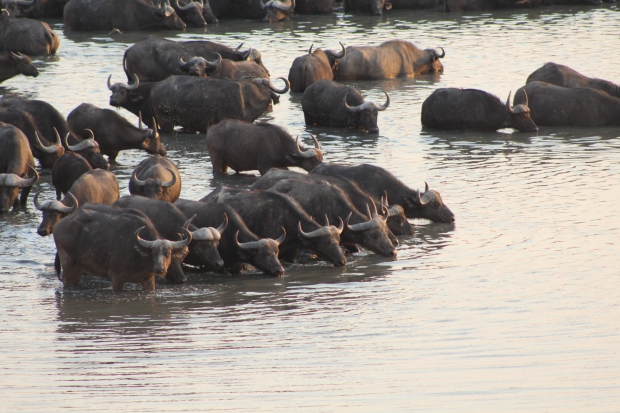 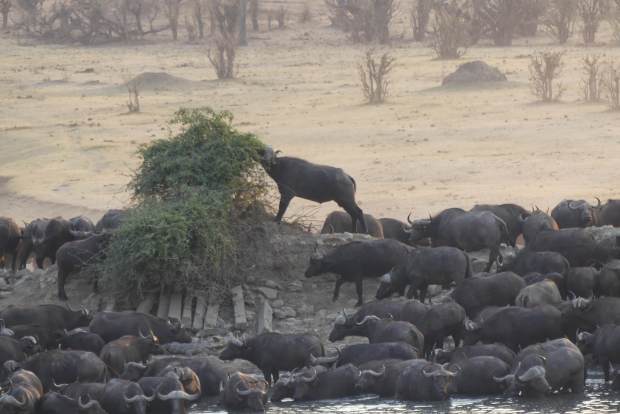 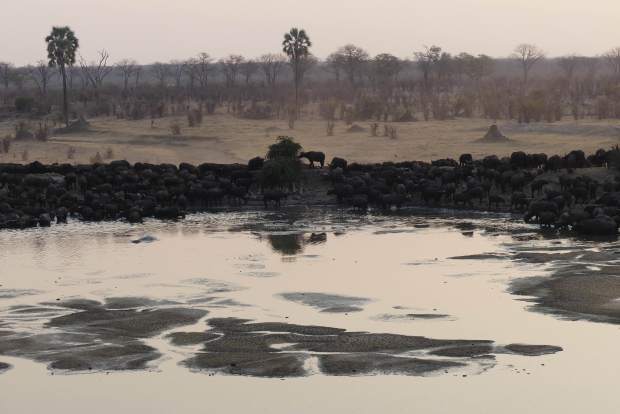 We had seen very large numbers of buffalo during previous visits at Mandavu reservoir and probably this was the same herd forced to move in search of grazing.

It was an amazing site as buffalo, usually respectful of elephants just bulldozed their way through by the pressure of their large numbers and took over the entire water body! It was interesting to see that the elephants were forced to wait this time.

After about an hour, when the afternoon was turning to dusk, they slowly moved off in in the direction of the Shumba picnic site and the other animal’s wait was over. The herd went slowly, probably in search of grazing and hoping to drink  at Shumba where there was abundant water still. 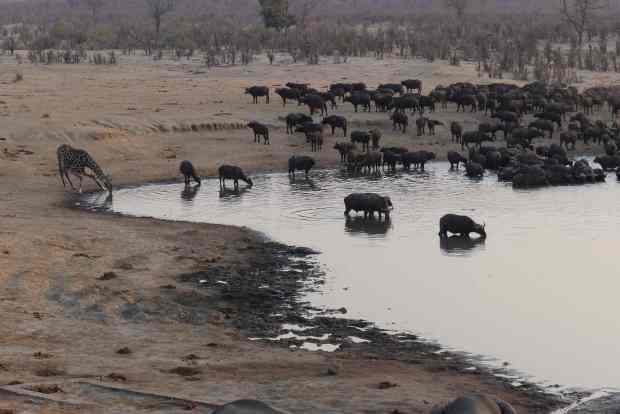 Pictures by Julio A and Mabel de Castro, Patricia Ruiz Teixidor and the bushsnob.