Winter is not the best season to spot beasts at our farm in Salta, Argentina. Today was, however, an exception and we came across this beast that I would like you to spot and then I will give you more details about it.

To find the beast above is very difficult so I put a close-up to help you seeing it better:

I am quite sure that you have now find it. it is a Rococo toad (Rhinella schneideri) [1] that Mabel unearthed while shifting a pile of sand to build a carport at our farm. Luckily it was alive and unharmed but amazingly flaccid, clearly hibernating.

This rococo had buried itself at the start of the winter, probably in mid May as the winter started early this year and it will resurface when the warmer temperatures arrive in September/October. We re-buried it as well as we could and marked the site so that we can watch it emerging when the first warm days arrive.

The following short videos give more details of the find and the condition of the toad.

These are the pictures of an active toad found in the back patio of our farmhouse earlier this year that I used to illustrate my earlier post on this animal (see [1]). Apart from its rather impressive size, I find its clear eyes truly amazing.

Our beast is a toad known around here as a “Rococo” and in English as a Schneider’s toad (Rhinella schneideri), a rather large toad known to occur from North and Central Argentina (including Salta, where we are), central Bolivia, the Atlantic coast of Brazil, Paraguay, and Uruguay in elevations up to 2,000 metres above sea level and in various habitats, including urban areas. They are often found around houses in rural areas.

The males can measure up to 17 cm in length and the females 25 cm. Their maximum weight can reach 2 kg! (the one in this post is probably 6-700g). It is a shy and mostly nocturnal beast that during the day relies on its colour and remaining flat and inmobile not to be detected by potential predators.

We often see this one at our small dam near the house but also it frequents our outside lights feeding on insects attracted to them.

Their call resembles a stake being hammered fast. The females deposit up to two thousand eggs in double strands deep in water pools and the rather large tadpoles hatch and feed on algae.

Despite its large size and excellent camouflage, rococos have some enemies, apart from men. The “Sapera” snake (Xenodon merremi) is one of its worst enemies but the toad can puff up with air to avoid being swallowed. It also secretes a bufotoxin that can cause vomiting, paralysis and even death in predators. We have observed a rococo attacked by a “caracara” (Polyborus pancus) that abandoned it when we approached them (I believe that the rococo only survived that beacuse of our fortuitous arrival). 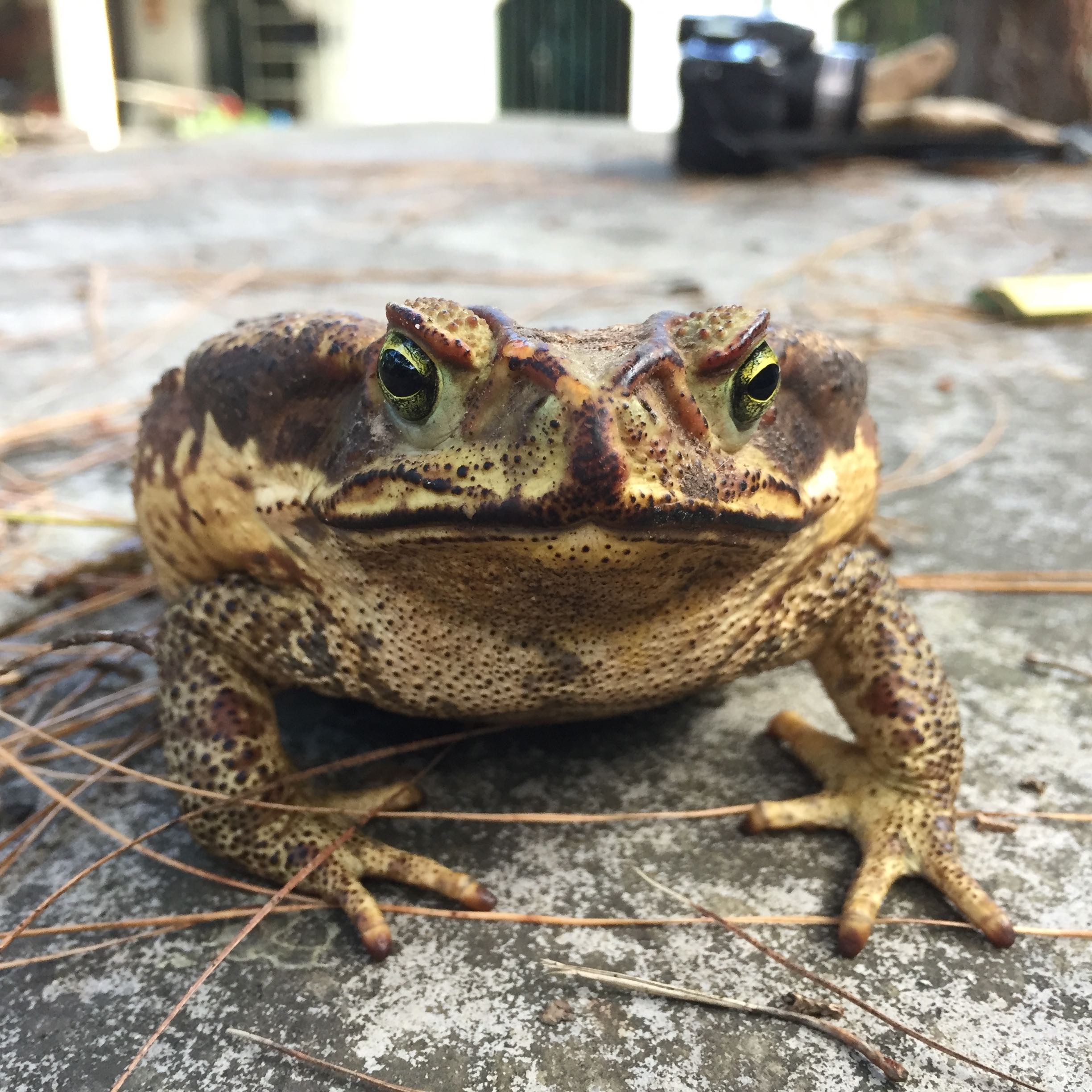 A rococo is a large toad as you would expect with such spectacular name! It has been classified as Rhinella schneideri and it is also known as cururú toad in other parts of South America. In English it goes under the much less spectacular name of Schneider’s toad.

As toads go, a rococo is a large one: the males can measure between 15-17cm and the females between 18-25cm with a maximum weight of  2kg of weight! Pretty sizable if you ask me. 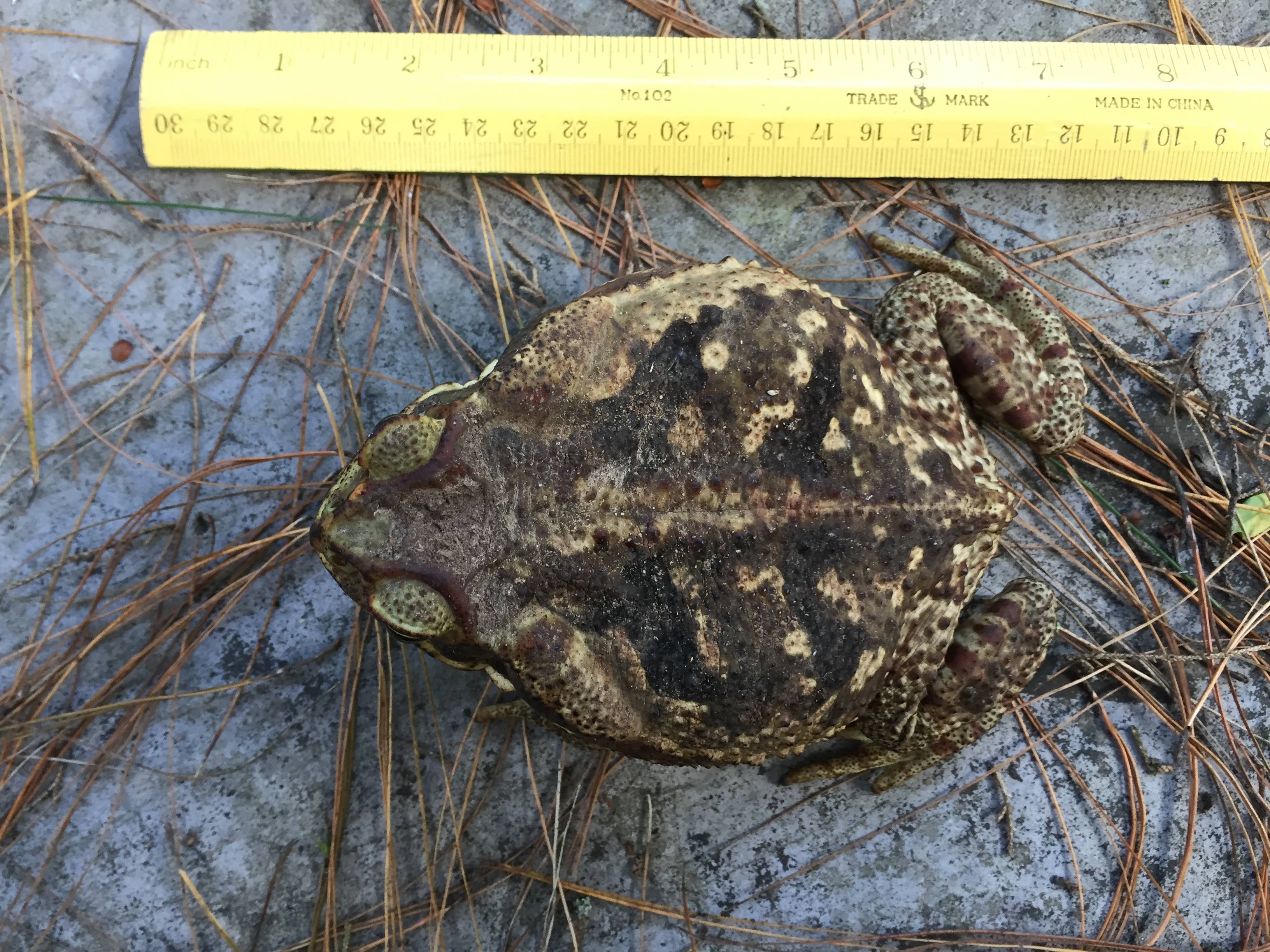 Rhinella schneideri is a widespread and very common species that occurs in a variety of habitats but most commonly in open and urban ones. It breeds in permanent and temporary ponds.They are found in Argentina, Paraguay, Uruguay, Bolivia, and Brazil where they are sometimes kept as pets. I remember my aunt in Salto, Uruguay that used to have one in her garden that would come every evening from the cover of the plants to get its mince meat! 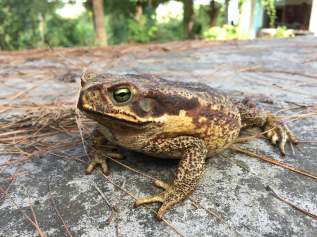 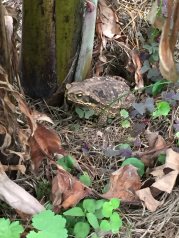 Luckily, at Salta, although we are at about 1,500 m above sea level we do get rococos and we see them sometimes around the house, feeding on the insects attracted to the outside lights. They are fierce predators feeding not only on invertebrates but they have been seen feeding on rodents, snakes, small birds and even fish and other amphibians.

Despite this, it a a shy animal that itself falls prey to snakes and birds of prey.  In fact, just a few days ago we saw a roadside hawk (Rupornis magnirostris) catching one on the road but our approach by car scared the bird that -luckily for the toad- dropped it unharmed (as we stopped to check it). They are able to pump themselves up to avoid being swallowed by snakes but this is clearly no defense against birds.

They are mainly nocturnal and very imposing creatures with a rather large body but rather weak hind legs that makes rather slow. They are distinguished by their supraorbital crests and their pupils are large and slit-shaped. Apart from their size they also have tibial glands located in their hind legs that secrete a milky bufotoxin. The later causes nausea, vomiting, and even paralysis and death in potential predators. 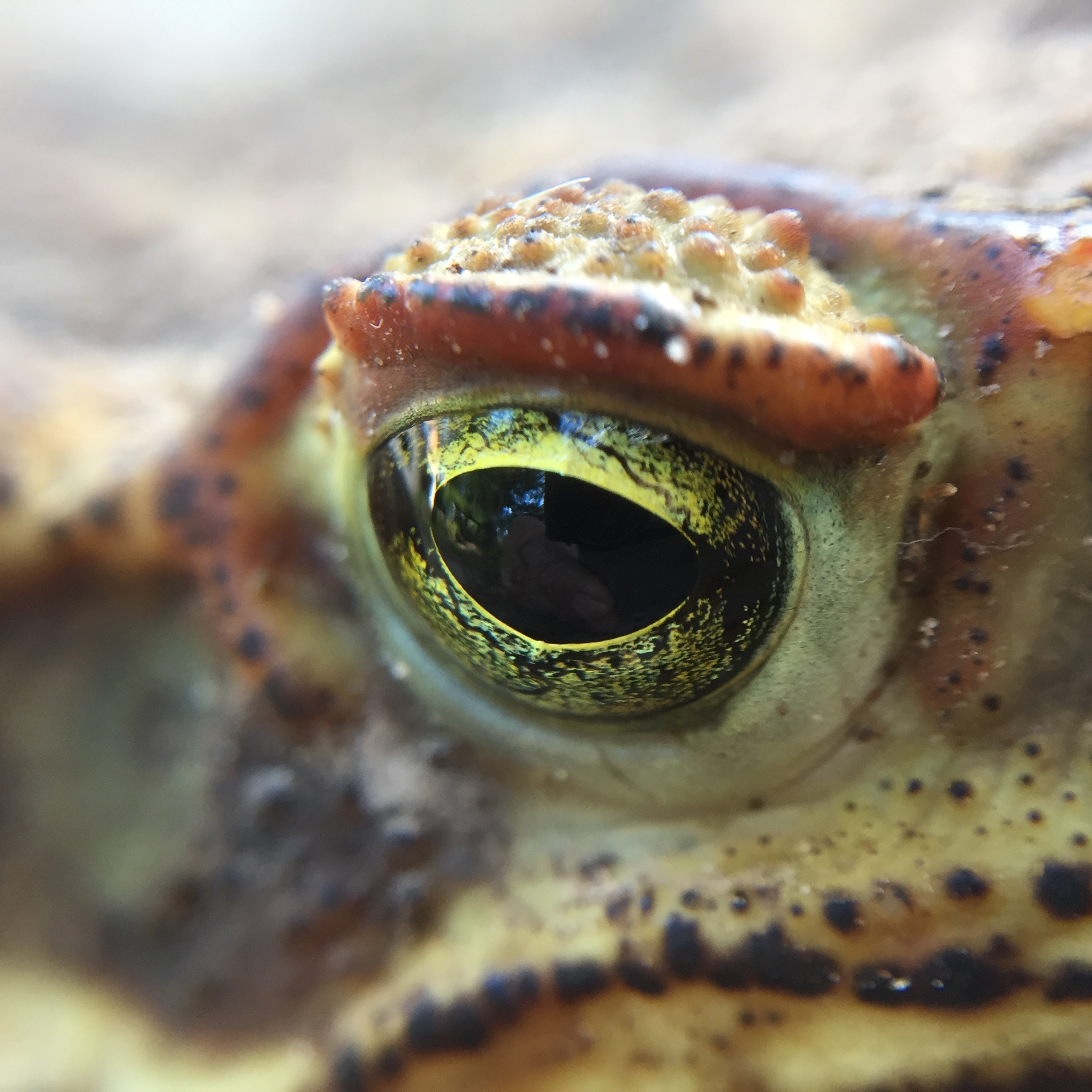 Luckily, they are not threatened despite being collected for the pet trade.