One of my greatest skills is what could be defined as “attention to (silly) detail”. I mean this in the sense that I am able to, for example, pick up a spelling mistake in any kind of text almost without reading it! This “talent” of mine also extends to noting other oddities such as a missing row on a plane seat arrangement or, more relevant to this post, identifying an animal showing certain “unexpected” characteristics.

Although I could probably boast about this in a way befitting the Bushsnob I refrain from doing so as, unfortunately it has yielded no useful results as of yet, apart from noticing odd things and -sometimes- making people’s lives a misery. I am still to find a profitable use to this “special” trait of mine!

In the “Hippos from Hell” post I described one such observation whereby I quickly noticed that the hippos in question were not trying to “protect” an impala from crocodiles but rather to snatch it from them and enjoy a protein-rich meal! It was as a result of this odd behavior that I ended up watching a number of videos on YouTube of crocodiles preying on various animals to see if I could detect a repeat of my first hand observations.

One of the many videos I watched was called “Blood River”[1] which had good photography (if a bit on the gory side) combined with a terribly soppy story about a mother zebra and its foal during their migration in the Serengeti-Mara area. I had selected this particular video for viewing as hippos are present in large numbers in the Mara River, and I believed the video had the potential to provide some useful information.

In order to get the ball rolling I will quote here the words of the narrator, that will hopefully help to set the scene for you:

“This is Zulu Echo 5, an adult female zebra with a simple mission: to steer a young fowl, Foxtrot 1, through his first migration”.

Ultimately, I was not there as a critic of National Geographic but as a researcher attempting to find material for my work. The video lasts for about 45 minutes and, I was almost finished with it when my “attention to detail” sense tingled! An oddity in the film had caught my attention, causing me to rewind it and confirm my suspicion.

Now let me explain what I found: the zebra present in the Mara river area belong to the Grant’s subspecies (Equus quagga boehmi). These were the ones present throughout the majority of the documentary. However, in the final sequences where the reunion of Foxtrot 1 and Zulu Echo 5 is being portrayed, the animals shown appear to belong to a sub-species found in Southern Africa, i.e. Burchell’s (Equus quagga burchelli), the diagnostic brown “shadow” stripes between the black and white coloring clearly visible in the film. 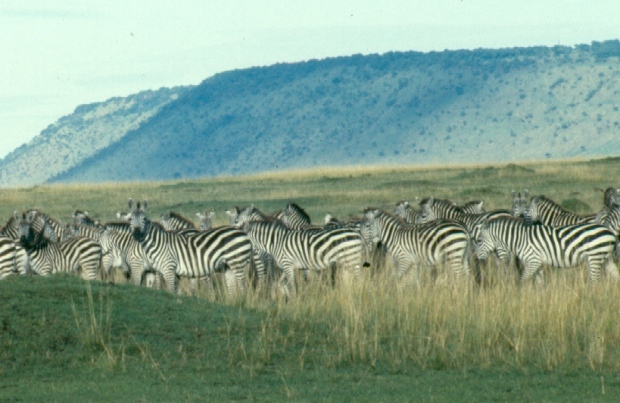 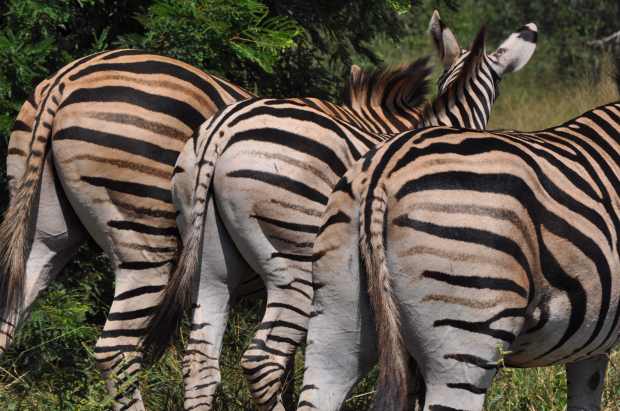 More recently, on a second viewing I also noted that the video starts with a close up of a Grant’s zebra, presumably in the Mara river and then, a couple of minutes later it shows a Burchell’s female and foal! “That is some migration!” I thought to myself, from East to Southern Africa in a few minutes. “The magic of making wildlife documentaries for distant and unprepared audiences” was my final reflection!

As this was too much for the Bushsnob’s mind, I quickly wrote to National Geographic, critically pointing out my first observation (I had not yet detected the one at the beginning). An exchange of emails followed where I was promised that an investigation would take place in order to gauge the validity of my observations and, if proven correct, provide an explanation for it.

It took National Geographic a few months to investigate my observations after which they sent me the following message that I have copied below for you:

“We followed up with the production company that made this program, and they acknowledged that you are correct in flagging this as a sub-species mis-identification, and explained that this was a mistake that occurred during the editing process. Apparently, both Burchell’s and Grant’s zebras fall under the category of “Plains Zebra” (in quotes in the original message) in their stock footage library, and they have been basing their identification on an outdated publication (Estes’s “The Behaviour Guide to African Mammals”). They have promised to update their zebra sub-species identification following Groves and Bell’s 2004 taxonomic findings.

Thank you for your vigilance on this matter, and for bringing it to our attention. We, and the filmmakers we work with, will continue to make every effort to avoid errors of this nature in the future.”

Although I have not heard of either of these references, the explanation provided does not appear to me to hold much water as my loyal and worn out African mammals field guide[2] already highlighted the difference between these zebra species! Furthermore, you do not need to be a rocket scientist (or in this case a taxonomist) to observe the obvious differences between these two sub-species!

Having said this you can all rest in peace knowing that the Bushsnob’s power for observing silly details will remain in use and any other important developments reported here!

Note: Today (11 April 2016) I tried to watch the video at the link mentioned in the footnote 1 to see if it was corrected but I got a message on the screen saying: “This video is no longer available because the YouTube account associated with this video has been closed. Sorry about that”. I was hopeful that it had been removed. Not so. I did find the video as “Africa’s Blood Rivers” (Nat Geo Wild) (https://www.youtube.com/watch?v=0I83s5AFo44&nohtml5=False) so, again, my attention to detail has been noted but the video is still there! Watching it again, I saw other places in the video where the two zebra species are swapped.