In the evening, after returning from a game drive, the traditional endeavor is to have a shower, taking advantage of the excellent facilities that exist in all camps at the Kruger National Park. I, as usual the gentleman, let my wife go first while I kept busy selecting the best pictures to free some valuable memory card space in the always full camera.

That evening at Satara Rest Camp my wife praised the shower quality so, as soon as I was done with the pictures, I hastily took my turn. It was an experience I was not ready for. No amount of tap opening would produce hot water and a cold shower has never been in my agenda, not even in the hottest deserts! Swearing at the new solar power water-heating technology, I aborted the mission and put back my dirty clothes. As usual, my wife overlooked this hazard while -I am sure- suppressing yet another chuckle…

Those who had shared safaris with me would not be fussed about this kind of event taking place. “I have had a good dust shower during the game drive and, after all, animals roll themselves in the dust for a reason!” I was reasoning with myself when my wife called me for dinner. Confronted with her usually outstanding delicacies, I soon forgot about my dusty condition and, after enjoying the meal, my frustration rapidly faded and soon it was time to sleep.

Without thinking clearly, the following morning I went straight into the shower convinced that the (solar!) water heater should have recovered during the night. After a while of running cold water I remembered that the night sun only shines much further North and only at certain times of the year! Hearing my resumed loud protestations my wife intervened and informed me, rather casually, that for some reason in this shower the hot water tap was on the right hand side!

The story, however, does not end there. Before leaving the bed to go into the shower, I smelled something really unpleasant in my bed. Thinking that it was probably the residual effect of my unwashed status, I did not know the truth until I returned to the bedroom to dress up, and spotted a rather large stink bug crawling out of the sheets!

First sighting of the bug.

Although I do not know what took place during the night while I shared my sleep with the invertebrate, the latter was in poor condition and it sadly died a few minutes later! Luckily I managed to record its last living minutes so that I can show them to you. 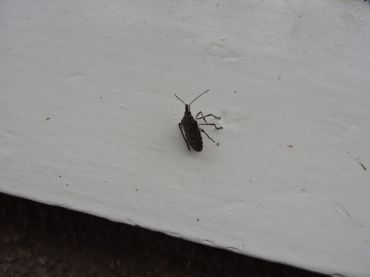 It was immediately apparent that the beast was suffering. 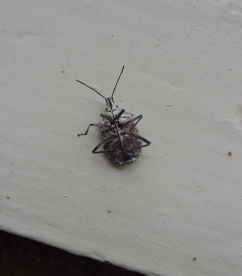 There was no doubt in my mind that overnighting with me in my “showerless” status had taken care of it! 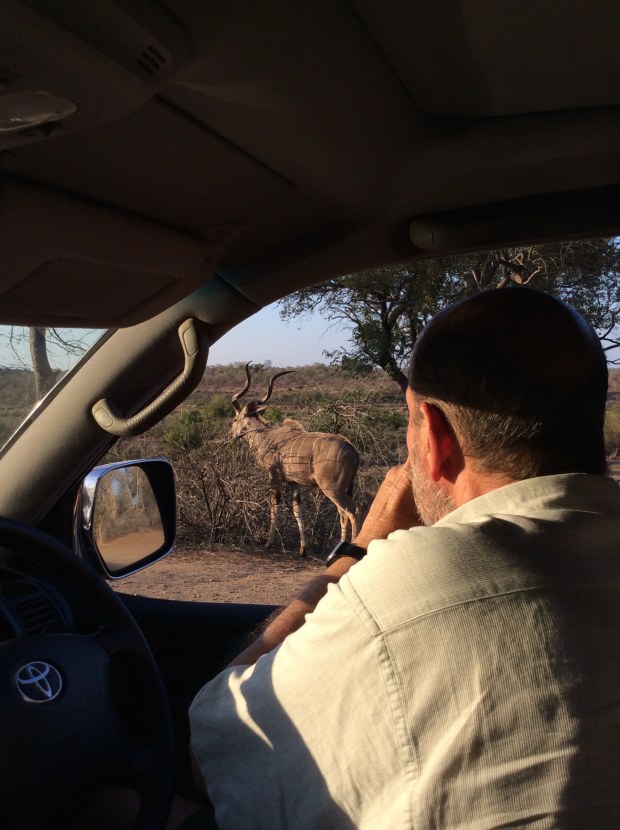 Unfazed by the temporary bug relationship, the bushsnob, sporting at least a clean shirt continued with his activities.