One of the advantages of being a “safari veteran” apart from a bushsnob is that I am now able to enjoy what I found, even the small things that were overlooked while seeking large game. The years of long game drives and walks, some of them starting very early and with freezing temperatures, are a thing of the past. Apart from seeing a pangolin in the wild, I have few wishes left about finding new beasts.

At Ngweshla Picnic site, Hwange National Park, you are allowed to camp and have the site for yourself from 18:00 to 06:00. During the day you share it with picnic site users but there is still plenty of room for everybody. Although rather unique, this is a good arrangement as most of the day you are game-watching away from the site and the camp attendants keep the camp tidy and the toilets sparkling at all times! 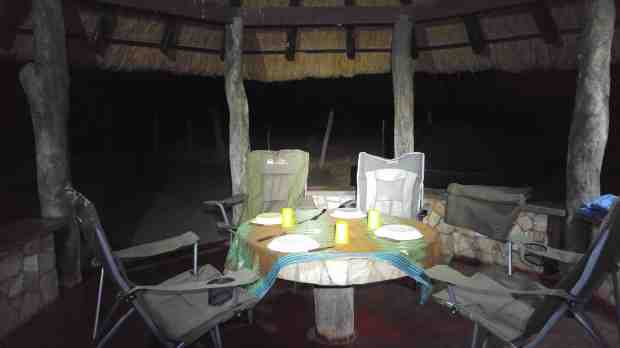 The site has seen better days and, as a consequence, it has a rather “porous” fence that would, if the animals wished, allow them to mingle with the campers, a rare occurrence though. The site entrance has been “decorated” with many animal bones. Although it is debatable whether these are suitable for the purpose, I find the skulls, useful to explain various issues regarding wild animals to our visitors. 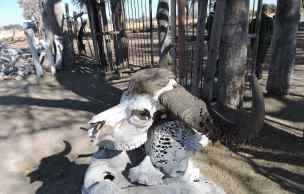 The more recent antelope and buffalo skulls on display still had their horns and, as it is common if Africa, most showed little brown tubes protruding from them. I had seen this phenomenon many times before but I never followed its origin in detail. A short search educated me that the Horn-borer moths (Ceratophaga vastella) were responsible.

The larva of this moth, related to the one that upsets us by eating our woolies, are able to digest keratin and, although there are reports of them entering the horns of live animals, it is generally accepted that they only penetrate the horns post-mortem. 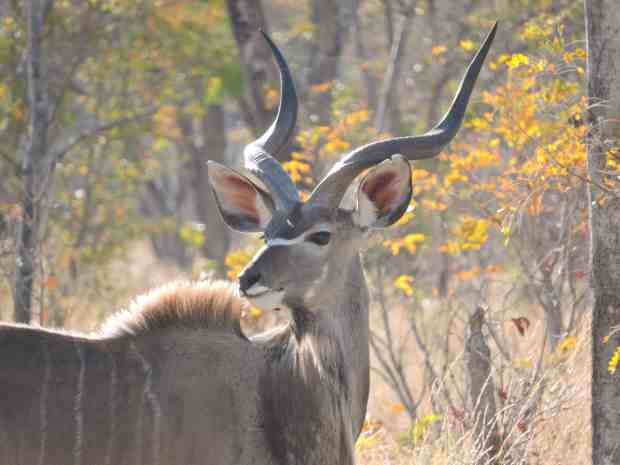 The protuberances on the horns are the cases of the larvae that the latter built using their own faeces. The cases protect the soft insects from predators and the climate until they pupate and emerge as adults to fly away and colonize new horns.

Ceratophaga vastella, known as a detritivore[1], is widespread in the Afro-tropic ecozone[2]. Thus far there are 16 described species in the genus, with 12 found in Africa. The larvae are cream-coloured and bulky, with a brown head and tip of abdomen. The adult moth is a typical tineid[3], having a conspicuous tuft of yellow hair on the head.

Whenever an animal dies or is killed it will eventually be consumed by the killers and/or depredators including various mammals such as hyenas and jackals, birds such as vultures and others, fly maggots and ants until only bones, horns and hooves are left. The horn-borer moths are one of the last participants turning the carcasses to dust.

[1]An organism that feeds on and breaks down dead plant or animal matter, returning essential nutrients to the ecosystem.

[2] One of Earth’s eight ecozones. It includes Africa south of the Sahara, the southern and eastern fringes of the Arabian Peninsula, Madagascar, southern Iran and extreme southwestern Pakistan, and the islands of the western Indian Ocean.

[3] Moths of the Tineidae family, also known as fungus moths includes more than 3,000 species, unusual among Lepidoptera as most feed on fungi, lichens, and detritus. Apart from the clothes moths, which have adapted to feeding on stored fabrics, others feed on carpets and the feathers in bird nests.