I have already praised my wife’s eyesight in the post “Green eyes in the wild” and showed you the two pictures of the hiding lioness at Tsavo East National Park in Kenya.

One early morning, while staying at Letaba Rest Camp, we were driving along the Letaba river looking for leopards and -as is normally the case- not finding any. Suddenly, my wife said “Stop, go back, go back!” so I did while she prepared herself to have a closer look with her binoculars. “What do you see there?” she asked me, thinking that I have her eyes! “Nothing” I replied, then added “where?”. “Use your binoculars”. “Do you see that large tree?” “Of course I see it” was my reply. 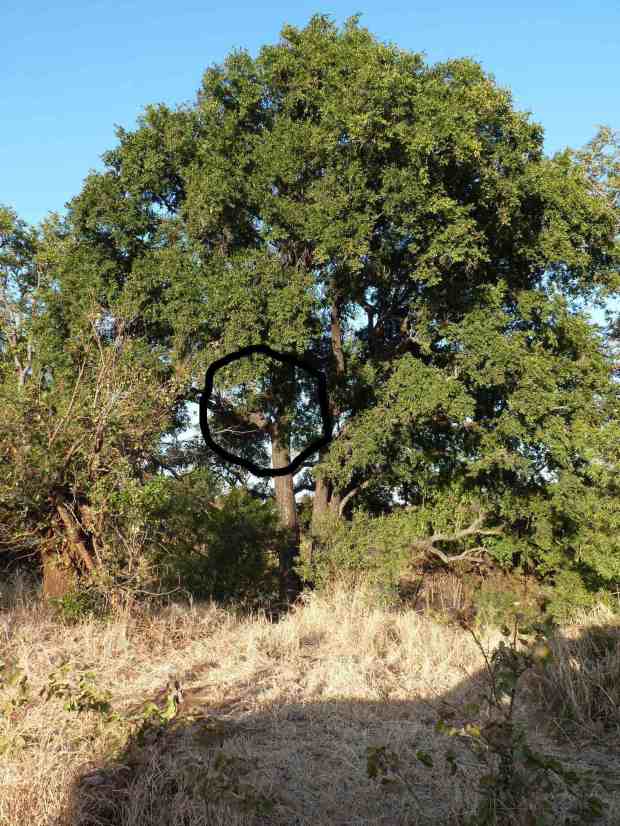 After a while I could see the general area!

I must add that my binoculars are more powerful than hers, and I looked and saw a tiny red dot on one of the branches. “I see a kind of flower, is that it?” I ask. “It is not a flower, look at it again” she replied and I did.

It looked like a bit of meat as it had a pink centre and some brownish hairs. I moved the car a bit to get a different angle and then I could see the whole picture: the pink meat had been either a hare or a squirrel (maybe a rat). “Oh yes, I see it now!” I exclaimed “Do you think a leopard left it there?” 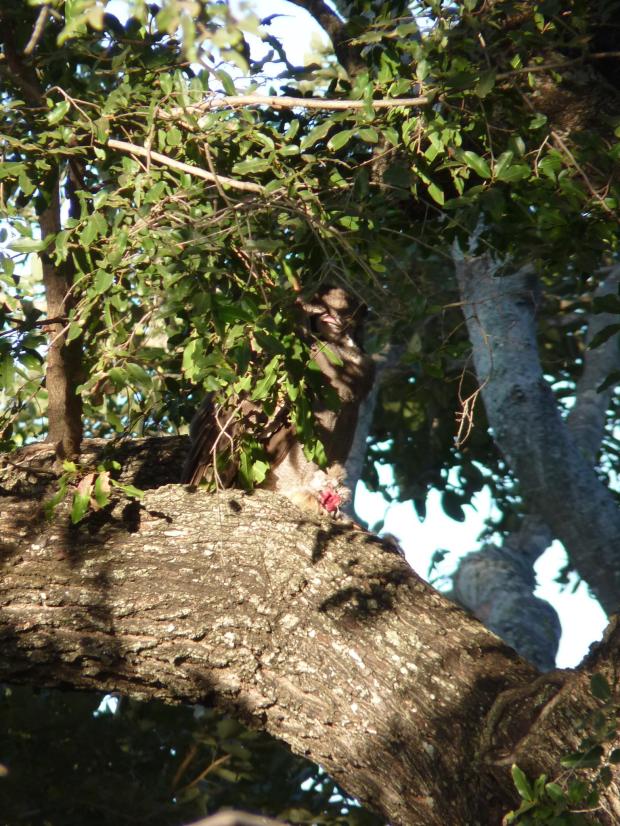 “No” she said, “There is a bird there as well,  move the car back” I did and then I really saw the whole picture! Perching on top of the animal remains -hidden from me until I moved the car- there was a bird with pink eyelids that could only be a Giant Eagle owl (Bubo lacteus) perched on a branch and holding its kill!

More car maneuvers and finally I could see the owl!

The owl is described as being up to 66 cm tall and I still had difficulties spotting it. I did take rather poor pictures that I present to you but believe me, I could drive past one hundred times and never see it!

There is a great advantage in having a wife with such keen eyesight while looking for game on safari. However, there is a drawback. As my children and I know very well, it is difficult to hide from those eyes!