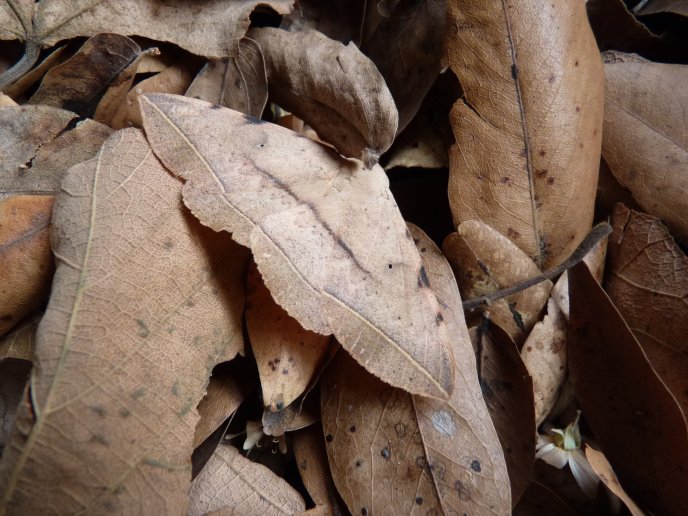 My wife found a “leaf” stuck on the fluorescent tube in the kitchen that flew off, flashing its orange-red under parts, when she tried to remove it.

I collected dry leaves from the garden and put the moth on them for the picture. I think it is a Red Tail moth (Hypopyra capensis). It is a rather common moth. Its larvae feed on Albizia spp. trees.

I am sure you all spotted it! In fact I realized, after I released it, that I had put it in the centre of the picture (not very clever!).