After the last post we have observed the gravid female until this morning (27 Jan) and she has hardly moved from the poinsettia bush. She is clearly waiting for her time to come. So, not a lot of news there, I am afraid. Only a few pictures of her.

She spent most of the 26 Jan on top of this bush. 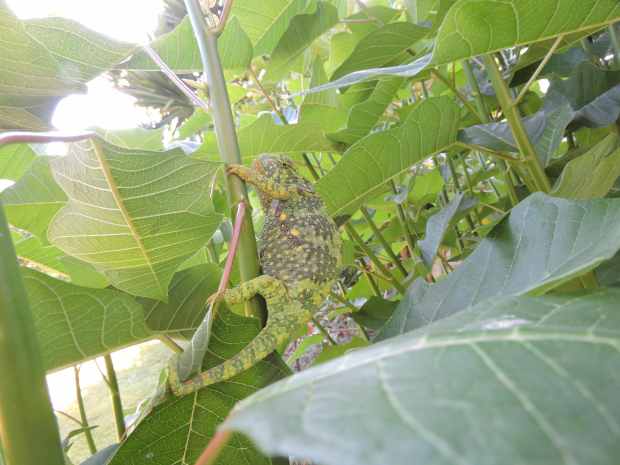 Still there this morning (27 Jan)

However, lo and behold, three (yes, 3) more suspected females were found  in different places, looking in various degrees of gestation! The situation became almost out of control! But things got really bad when my post-siesta time was interrupted with calls of “it is digging, it is digging!” proffered by Stephen and my wife that were watching at the time.

After my first -sluggish- reaction I joined them to watch chameleon 2 effectively digging her egg nest project next to the bayleaf bush! I took a video (26/ Jan, late afternoon) of the action:

As the process was not done before dusk, we protected the site from our dogs and came back this morning.

The chameleon had finished laying, covered the hole and it is there, probably resting after such an effort! 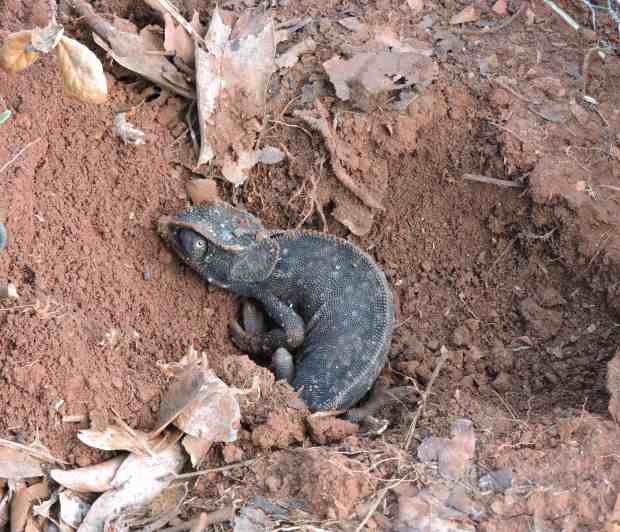 The female after the effort!

Back to the Ethiopia stories.