There was a “tap-tap-tap” noise in the bedroom window and we discovered that a Southern Masked Weaver (Ploceus velatus) was pecking at its own image reflected on the window. 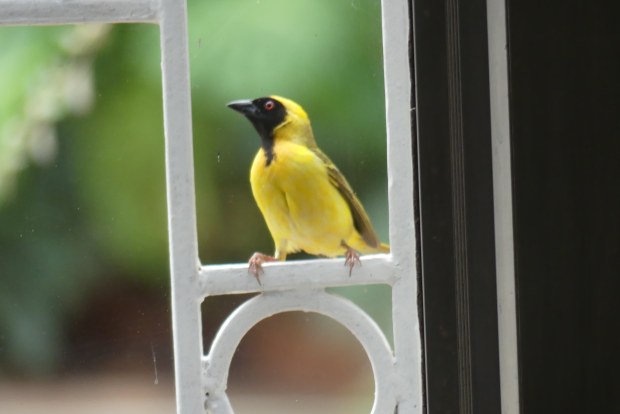 This male bird had, for the last few weeks, been busy building nests, trying to convince its girlfriend that they were nice but failing to do so, as usual in these cases.

As the bird pecked the window for a few hours, we decided to close the curtains to give it a break.

The following day we opened the curtains again, and very soon it returned to fighting with itself in an effort to keep its territory free of male competitors while trying to get his architectural skills improved.