Following on the subject of the earlier post, here you have another cryptic creature for you to find:

It is hard but possible… Below I show it to you.

The fact that its wings were in tatters adds to its camouflage. For obvious reasons it did not open its wings very often so it was tricky to get a good shot. However, this is what I could do: 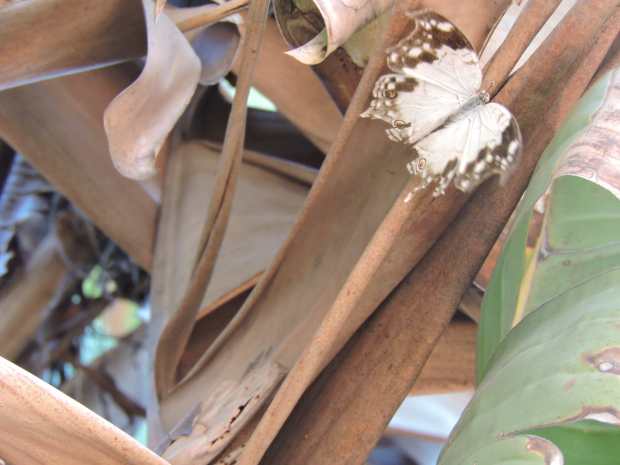 I believe it to be a Clouded mother-of-pearl (Protogoniomorpha anacardi nebulosa).

After a few attempts and with patience I caught it and, after having it inside the house for a while, eventually it landed on a towel and it settled down. With the patience I do not have and moving very slowly, I managed to get a better picture with a ruler! Wingspan about 7 cm.

It disappeared soon after.